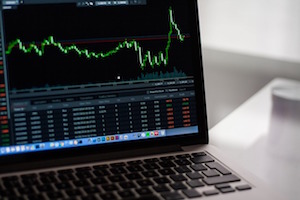 The London-based private-equity firm is seeking to raise 100 million pounds ($139 million) from the initial public offering expected later this month on the London Stock Exchange. The fund will invest in large-scale batteries.

The increase of renewable supplies at a time when policy makers are looking to phase out fossil-fuel generation threaten to leave grid operators short of power when the wind isn’t blowing or the sun doesn’t shine. Battery storage can help solve those challenges, according to Alex O’Cinneide, Gore Street’s chief executive officer.

“We have first-mover advantage, investing in a high yielding asset class for which there is an increasing need,” he said in an interview in London. “We expect that energy storage will increasingly be required to play an important role.”

The price of lithium-ion batteries has fallen dramatically in recent years. The average price of a battery pack in 2017 was $209 per kilowatt-hour, according to Bloomberg New Energy Finance. The price drop comes as technology has improved and the scale of manufacturing has gone up.

The listing has already garnered the commitment of NEC Corp.’s NEC Energy Solutions, which will provide the lower of either 8 million pounds or 10 percent of the total gross proceeds of the issue. Japanese engineering consultancy Nippon Koei Co. Ltd. has also committed to a 6 million-pound investment.

The Gore Street Energy Storage Fund will probably be similar to other clean-energy listed vehicles in the U.K. such as Bluefield Solar Income Fund Ltd. and Greencoat U.K. Wind Plc. Those funds use the so-called yieldco model that pays dividends to shareholders generated from electricity sales.

Gore Street is aiming for a 7 percent dividend yield and an unlevered internal rate of return of 10 to 12 percent. It plans to have invested in a portfolio of 10 to 13 projects within 18 months representing more than 1 gigawatt of storage capacity in the U.K. and a further 250 megawatts abroad. They are currently considering California and Ontario.

The fund already has a 6-MW facility in the north of England run by NEC and a 4-MW storage plant in Wales run by Tesla Inc. that have been operational since October. A third asset in southern England has gone through planning and a contract with NEC is under negotiation.

Stockdale Securities Ltd. are managing the listing. Admission is expected by early April.