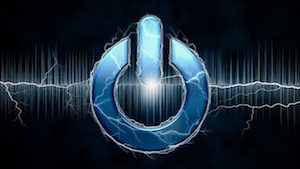 Energy efficiency will improve faster than global economic growth due to the rapid electrification of the world’s energy system, leading to a plateau in energy demand from 2030.

That’s one of the key findings of the inaugural Energy Transition Outlook launched this week by quality assurance and risk management company DNV GL.

Other key findings of the report are that renewables will continue to rise, making up nearly half of global energy supply by 2050, cutting energy-related CO2 emissions in half by that time; gas supply will peak in 2035 but will still be the biggest single source of energy by mid-century; and the world will manage the shift to a renewable future without increasing overall annual energy expenditure, meaning that the future energy system will require a smaller share of GDP.

DNV GL says that the world “is approaching a watershed moment as energy demand is set to plateau from 2030, driven by greater efficiency with the wider application of electricity.”

Group president Remi Eriksen said: “As a company, we are highly exposed to the radical changes that will come to every part of the energy value chain, and it is critical for our customers and ourselves that we understand the nature and pace of these changes.

“The profound change set out in our report has significant implications for both established and new energy companies. Ultimately, it will be a willingness to innovate and a capability to move at speed that will determine who is able to remain competitive in this dramatically altered energy landscape.”

Historically, energy demand and CO2 emissions have moved broadly in line with GDP and population growth, but the DNV report stresses that that relationship is set to unravel.

“Electrification, particularly with the uptake of renewables, will change the way in which energy is supplied and consumed. While the global economy and world population are set to grow modestly, energy demand will flatten out and CO2 emissions will drop sharply.”

DNV GL forecasts that renewables and fossil fuels will have an almost equal share of the energy mix by 2050. Wind power and solar PV will drive the continued expansion of renewable energy, whilst gas is on course to surpass oil in 2034 as the single biggest energy source.

Oil is losing ground as a source of heat and power, states the report, and is set to flatten from 2020 to 2028 and fall significantly from that point as the penetration of electric vehicles gains momentum. Coal use, DNV GL adds, has already peaked.

The study says that global energy transition will occur “without a significant increase in overall annual energy expenditure and on a straight comparison, the world’s energy will cost less than 3 percent of global GDP compared to the current level of 5 per cent.”

Solar PV and wind costs are forecast to decrease by 18 and 16 percent respectively per the doubling of capacity. “Although the oil and gas industry has responded impressively to the present lower price environment, renewables will improve cost performance at a much faster rate, benefitting from the ‘learning curve’ effect,” says DNV GL. Electric vehicles are predicted to achieve cost parity with internal combustion vehicles in 2022 and, by 2033, half of new light vehicle sales globally will be electric.

Despite greater efficiency and reduced reliance on fossil fuels, the Energy Transition Outlook indicates that the planet is set to warm by 2.5°C, failing to achieve the 2015 Paris Agreement target.

“Even with energy demand flattening and emissions halving, our model still points to a significant overshoot of the 2°C carbon budget. This should be a wake-up call to governments and decision makers within the energy industry. The industry has taken bold steps before, but now needs to take even bigger strides,” says Eriksen.

Explaining why DNV GL undertook the study in the first place, Eriksen says: “Scenarios of our possible energy future are coming thick and fast from many quarters, but, in my view, they are not anchored to a base or ‘central’ case. One would think that a ‘central case’ outlook would, per definition, be boring. But the sheer scale of the changes that await the world on the energy front are such that even a middle-of-the road forecast is anything but boring.

“The human ingenuity on display will be awesome as the world pursues UN Sustainable Development Goal #7, to ensure access to affordable, reliable, sustainable and modern energy for all. Underpinning that goal is a major shift toward decarbonization, which itself is linked to another great megatrend: energy efficiency.

“Advances in both energy storage and renewables will create a highly competitive clean-tech coupling that will drive energy costs downwards, while accelerating energy efficiency. And that will produce a very different world in short order — one where energy decouples from carbon and where the world’s energy use decreases while the global economy and population continue to grow. A world where energy costs are expected to be relatively low, with available supply exceeding demand.”