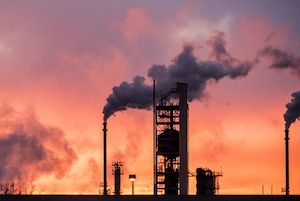 The World Bank Group (WBG) yesterday during the One Planet Summit in Paris said that, as of 2019, it will no longer finance exploration for and production of oil and gas.

The One Planet Summit, which was organized by the United Nations (UN) and WBG, brought together local, regional and national leaders from around the world, along with public and private finance entities to identify ways to accelerate global efforts to fight climate change.

WBG said that it will make exceptions in its stance on gas financing in the poorest countries where it benefits energy access for the poor.

In addition, WBG said that it will present a “stock-take” of its Climate Change Action Plan, which includes targeting 28 percent of its lending for climate action by 2020, and announce new commitments and targets for after 2020 at COP24 in Poland next year.

In related news, leaders from select regions in North and South America signed a “Declaration on Carbon Pricing in the Americas” during the One Planet Summit.

According to the UN, the initiative will apply a cost of carbon to guide public investment decisions in relevant jurisdictions, and encourage private companies to do the same through internal carbon pricing.

Canada, Chile, Colombia, Costa Rica, and Mexico, as well as the Governors of California and Washington and the Premiers of Alberta, British Columbia, Nova Scotia, Ontario and Quebec, launched the “Carbon Pricing in the Americas” cooperative framework.