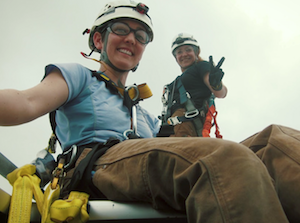 Answering a call for representation for women across all sectors of renewable energy, the nonprofit organization Women of Wind Energy (WoWE) has formally changed its name to Women of Renewable Industries and Sustainable Energy (WRISE). 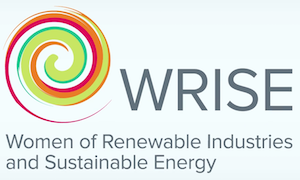 “This is an incredible moment in time for us, not only because of the months of work and effort that have gone into reflecting on our own identity and trying to reframe it, but also because this is a moment that reflects an evolution in the organization,” WRISE Executive Director Kristen Graf said during a live, virtual event yesterday.

WoWE has been actively encouraging and providing support to women in the wind power sector for more than 10 years. Some of its successes include:

The organization’s efforts seek to address the gaps that exist in the renewable energy workforce.

Graf told Renewable Energy World that the number of women in the wind and solar workforce, for which the organization has the best data, is in the upper 20 percent range.

“The spread across each sub-field or expertise can be very different,” she said. “In wind, as we start to break down the sectors, the vast majority of women in this field are in admin and paralegal roles, which are closer to 90 percent women, and as you get into some of the marketing and communications roles there’s still a significant number.”

Beyond that, she said, for engineering roles in general and project development, the number of women starts to drop below 50 percent. Specific engineering roles, such as electrical or mechanical, she added, drop down to closer to 20 percent.

“If you get down to the point of the manufacturing floor, the operations technicians, for example, the numbers are even significantly lower,” she said. “If you are looking at wind technicians, it’s rare to see more than one woman on any given site. Those numbers are below 5 percent. There are definitely some significant gaps.”

Graf says that the expansion and rebranding of the organization leverages a lot of excitement and traction that has come from the work that the group has been doing.

“We have such a huge opportunity and lot of enthusiasm that’s already there with women in solar energy and women in energy storage and across the broad suite of all these different technologies, and I think there’s an opportunity to get all these great minds and ideas working hard not only together on issues of women in the workforce but also building off of each other as we address the big issues ahead of us around the evolution of energy and the future of renewable energy in our electricity system,” she said. “The more minds, talents, perspectives, ideas that we can have in the mix, particularly the more women we can have in the mix, the more successful we’ll be with that work overall in the long run.”