More
Home Solar C&I Will the Transition to Renewable Energy Be Paved in Copper? 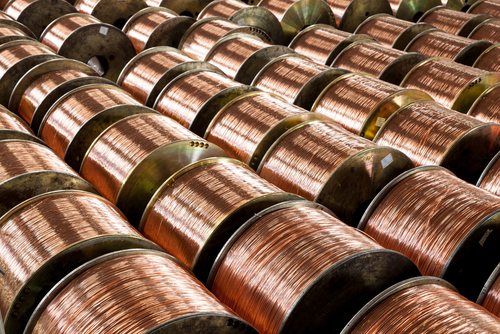 We’ve just completed a record-breaking year for renewable technology of all kinds. No matter where you look – be it on television or in newspapers, your neighbor’s roof or along a rural countryside – the presence of wind turbines, solar energy panels and energy storage systems is growing weekly. In August 2015, U.S. President Barack Obama lauded climate change as “one of the most important issues not just of our time, but of any time,” and cited renewable energy as a solution. Soon after in early September, Elon Musk, CEO of SpaceX and Tesla Motors, named sustainable energy this century’s most pressing issue.

More and more, sustainable energy systems are being installed throughout the country, driven by diminishing costs and government incentives. The U.S. is now leading the world in wind energy production as advances in technology have made it more affordable than ever, according to a recent U.S. Department of Energy report. Meanwhile, energy storage systems saw a six-fold increase in deployment in 2015, and the latest solar energy reports show that solar PV panel installations exceeded more than 20 GW of capacity in the first two quarters of 2015.

While innovations and the ambitions of leaders like Obama and Musk have helped to drive the growing renewable energy market, there is also a little-known source fueling virtually all of these technologies – copper. From wind turbines and solar panels to electric vehicles and efficient motors, copper is essential to renewable energy systems and the infrastructure that powers them. Its superior electrical and thermal conductivity, performance and efficiency keeps these systems running reliably and connects them to the grid. In fact, copper itself is a sustainable material. Its recycling rate is higher than that of any other metal, and each year nearly as much copper is recovered from recycled material as is derived from newly mined ore.

As the world continues to transition to new energy technologies, copper will be increasingly trusted. These systems require more copper than traditional energy sources. PV solar power systems contain approximately 5.5 tons per MW of copper, while grid energy storage installations rely on between 3 tons and 4 tons per MW. A single wind farm can contain between 4 million and 15 million pounds of copper. The use of copper wiring, tubing, busbar, cable, bushings, bearings and myriad electrical and mechanical parts keeps these systems operating longer and at higher efficiencies.

Copper’s use in the renewable energy market will continue to expand as these technologies become more widely used. The market has already seen a trend in the rise of companies and commercial buildings installing green energy systems. These sectors value sustainability and are looking to lower their energy costs by utilizing them.

As of mid-2014, there were 4,531 MW of commercial solar PV installed on 41,803 business, non-profit and government locations throughout the U.S. More than 23 percent of the wind power contracts signed in 2014 were with corporate buyers and other non-utility groups. These figures are expected to continue to rise as new technology makes these commercial installations even more affordable.

Homeowners make up another upward trend in the sustainable energy market, as more and more roofs have solar PV panels mounted on them. New innovations and government incentives mean this trend will only grow larger as we move into 2016. In August, Obama announced a new series of executive actions and private sector commitments that would make renewable energy more accessible and affordable for homeowners. This push would allow homeowners to install these systems without any upfront cost. They could then pay back the cost over time through property taxes.

New digital tools are also making it easier than ever for homeowners to educate themselves about renewable energy and begin to implement it. A recent Google Maps service called Project Sunroof enables homeowners to see how much solar power their roof can generate and how much money they could save by installing solar panels. It is now easier than ever for anyone to incorporate renewables into their energy plan.

This growing number of commercial wind, solar and energy storage installations will continue to expand the market for renewable technologies. As these trends grow more prevalent, copper will remain an irreplaceable component in delivering reliable, sustainable energy globally. The world’s oldest metal has been integral to new technology from the copper era in 6,000 BC, to the middle ages and industrial revolution. As global market trends push the world into a new renewables boom, copper will maintain its ability to fuel modern, more efficient tools.