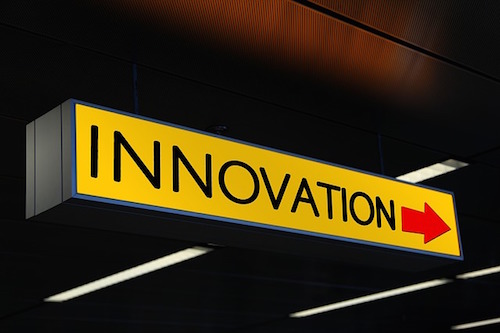 Business and energy efficiency goals set forth by visionary energy leaders in both the public and private spaces have generated lofty expectations from the public, including consumers, business men and women, shareholders, and more.

This discussion typically takes places within industries including residential and commercial energy use, electric vehicles driven by consumers, and personal electronics, among others. Of course, there are subsets and sectors within these broad categories that include medical electronics, IoT (Internet of Things), aviation applications (both hybrid and electric), solar PV energy, laptops and phones, and countless others.

These industries rely on technological innovations that have made them viable for consumer, commercial and industries use. Whereas rooftop and ground mount solar was considered a fad or expensive hobby in 2006; today millions of residents and businesses have adopted photovoltaic technologies as a means to reduce energy costs as well as their carbon footprint. When both occur, everybody wins.

Similarly, the electric vehicle industry has pushed itself forward, as companies like Tesla roll out multiple series of electric cars and wow automotive experts with range and comfortability.

However, there exists a ceiling that serves as not only a barrier to technologic innovation, but to the markets who rely upon it — battery technology.

This is of course, no secret. Tesla, one of the most forward thinking companies currently working in the energy production and storage sector, has planned to address this need by building a $4 billion factory in Nevada to develop lithium-ion batteries capable of supporting its calls and wall storage systems (Powerwall and Powerpack). The reason for this tremendous financial commitment is simple. Currently, while SolarCity’s energy production and Tesla vehicle’s energy efficiencies are viable in terms of cost production, the storage for that energy is not. Current estimates for the price of SolarCity panels in addition to the Powerwall correspond to approximately 25-30 centers per kilowatt hour if not more. The average cost of electricity in the U.S. is less than half that, hovering around 12.5 centers per kilowatt hour. Clearly, the cost must come down.

The hidden issue of course isn’t the innovation of the energy production or vehicle technology, but the underlying battery capabilities. Some may find it interesting, but many lithium-ion batteries used for the cars and energy storage systems rely on Panasonic batteries, a brand you likely have in your television remote or smoke detector! These batteries are considered a commodity, and possess vast potential for upgrade.

Many believe the greatest advancements in battery storage technology will be made not by building upon existing products or incremental improvements of performance and cost by scale of economy, but by addressing the fundamental change in chemistry currently embedded with existing lithium-ion batteries. It is widely known that your average lithium-ion battery with existing chemistry will lose approximately 20 percent of its storage capacity after 1,000 charge-discharge cycles.  This means industries, including personal electronics and electric vehicles, will slowly and significantly lose their efficiency and eventually need to be replaced, further reducing their cost benefit(s).

Further, there are high costs associated with storing electrical energy using lithium-ion batteries, reaching somewhere around $500/kWh.  A report from Deutsche Bank estimated that the cost of lithium-ion batteries could fall by 20 to 30 percent a year, bringing commercial or utility-scale batteries to the point of mass adoption before 2020. The report also indicated that lithium-ion battery costs fell roughly 50 percent between year-end 2013 and year-end 2014. While these recent milestones and projected advancements are terrific, these projections are dependent upon innovations in battery design and manufacturing technology not yet available at the present time.

So which markets will ultimately be the driver for advancements in battery technology for the purposes of energy storage? The first and easiest answer is the automotive sector. Right now, EVs from Tesla, Chevy, Nissan, Volkswagen, and others are maintaining the supply side of the equation. As charging stations continue to pop up in parking garages, alongside highways and city streets, and other more public areas — the consumer demand from early adopters as well as the wealthy continues to grow. For these key reasons, the automotive landscape is just waiting for a technology that brings down the total cost, and as referenced early, reduces the need to replace a battery after 1,000 charges (which could be as short as two to four years!).

Residential and commercial solar are also important drivers of battery technology. The economics of solar have continued to become more and more feasible for American consumers and businesses, especially in states with tax credits. The cost of manufacturing solar panels has come down so far that despite a parallel drop in petroleum prices, the solar industry continues to boom. As solar enters and stakes its position in the mainstream economy, consider that solar is still relatively in its infancy! Utility scale solar, a scenario in which houses become mini power plants capable of pulling from and contributing to the power grid, would benefit immensely from improved storage capabilities.

Like Elon Musk of Tesla and SolarCity, many believe and are counting on the advancements of energy storage technology to fuel the adoption of renewable resources needed to reduce our carbon footprint and become more sustainable. Like many areas of American history — the social aspects of innovation rarely move the needle when compared to the market as a driver. Expect the market to meet the challenge set forth by those commercializing innovative technologies, and further fuel and support customer demand.