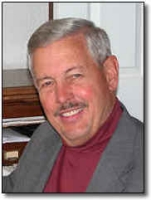 [RE Insider] The recent spike in the price of crude oil brings the increase over the past year to more than fifty percent. This, of course, translates into higher gasoline prices. Most consumers view gasoline prices as the problem, but, in reality, they are a symptom of the problem. The problem is that oil soon will become scarce – demand will outstrip supply. We have seen the mere threat of oil shortage drive the price of oil up. Oil production will peak worldwide sometime soon and begin to decline. Meanwhile, oil demand will continue to grow unless some very aggressive fuel conservation and implementation of alternatives to oil takes place.

What are the alternatives to oil, primarily for transportation? We don’t really know, and that is the real issue. We have procrastinated until the eleventh hour. Oil is the most important source of energy, providing 38.7 percent of the world’s needs. Over 97 percent of U.S. transportation fuel comes from oil; replacing this amount of energy is a gigantic task. Alarmingly, we have not even settled on the technologies for oil alternatives. These new alternatives-and surely there will be more than one-are far from obvious today. Huge technical and social implications are attached to all of the proposed options. They need accelerated research and development. Aren’t we doing R&D on alternatives now? Yes, but we are not getting results fast enough. Hydrogen, for example, is often touted as our savior. However, hydrogen poses some huge hurdles. It can be made from natural gas, but this source is also a hydrocarbon that is in limited supply and produces carbon dioxide. It can be extracted from water by electrolysis, but this process is very energy intensive. Where do we get the energy for electrolysis? Let’s say we somehow do produce the hydrogen. Then it has to be compressed as a gas to very high pressures and carried in a strong tank or liquefied to below -400? F and carried in a well-insulated tank. Both processes are energy intensive and perhaps dangerous. Do we use fuel cells? If so, they need a lot of work to be competitive in price with engines. How long would it take and how much would it cost to build the automotive and refueling infrastructures if we were to decide that hydrogen is ready for the big time? Ethanol production is subsidized. Some say that it takes more energy to produce it than it provides. Solar and wind energy have promise, but they are in their infancy in the U.S. They don’t seem to have potential for direct application in transportation, so if we are to use them to power cars, we will need batteries. Despite years of research, batteries still don’t provide the vehicle range people demand. If research could produce results, battery-powered vehicles would have the very big advantage of being recharged with electricity that could be made from any energy source, providing the portability now provided only by oil-based fuels. If we had the right battery, what source of energy would we use to provide the huge increase in electrical generation needed? Can we tame nuclear energy so we feel safe with it? These examples show that our society does not know what alternative or alternatives to oil are ready for the truly massive investment and retooling that will be required for providing them to consumers in quantity. We need to galvanize research to answer these questions and then develop the chosen solutions for the marketplace. We should have a panel of scientists and engineers providing an evolving technical roadmap showing the risks and rewards of all energy alternatives so resources can be directed efficiently by policymakers. And, we should be forcing fuel conservation in order to extend the time we have to identify and implement oil’s replacement. Technologies are more mature and useable for fuel conservation. For example, we could convert to hybrid automobiles that get almost double the fuel mileage of our current population of automobiles. Even better, plug-in hybrids are a logical extension of hybrid technology and are being developed. Plug-in hybrids have a battery that can be plugged into an electrical outlet at home to provide sufficient charge to travel fifty or sixty miles. Since the average car is driven about half this distance daily, a large percentage of vehicle travel can be undertaken using no oil-based fuels. An on-board engine provides instant switching to fuel to make a trip longer than sixty miles. Again, the electrical energy can come from any source including nuclear, hydroelectric, solar, and wind. Solar or wind energy generated at the home, in addition to being renewable, would avoid the distribution loses between power plants and homes. About the author… Tom Mast is the author of Over a Barrel: A Simple Guide to the Oil Shortage (March 2005). He received his Bachelor of Science degree in 1960 in Mechanical Engineering from the University of Texas at Austin. His career began as a Navy Civil Engineer Corps officer in the Philadelphia Naval Shipyard’s power generation department and in Spain. After finishing his naval service, he graduated from the Harvard Business School to add a business perspective to his engineering background. His subsequent career was in the management of manufacturing operations and engineering. He held management and executive positions in an oil tool and forging company, an integrated manufacturer of fabricated and machined equipment, and a personal computer corporation. He also founded a modular home company making energy-efficient starter homes. His career has offered Mast an opportunity to better grasp the technical data and information that surrounds energy, oil, and the energy alternatives. He and his wife live in Austin, Texas. For more information, see the following link.