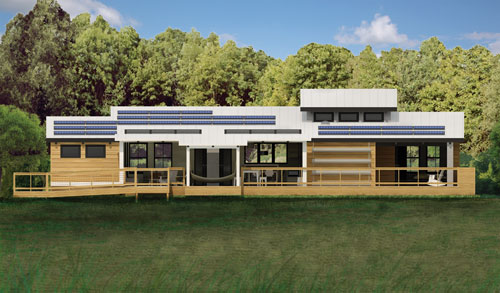 While solar monitoring is not new, solar supervisory control and data acquisition (SCADA), with the emphasis on the “supervisory control” function is much less common today. The SunSpec Alliance — a trade alliance of more than 100 solar and storage distributed energy industry stakeholders that work to provide information standards to enable “plug & play” system interoperability — has taken a central role shaping how this functionality is changing the way solar and storage can help firm up the grid.

With hydropower and wind power, it is standard practice to have a SCADA system capable of reacting to upsets through control actions to manage equipment for safe operation but the solar industry has typically not required SCADA. To date, installations have been characterized by plants that were overdesigned for their intended capacity and operating in a reactive maintenance mode, selling excess power back to the grid. This does not require much in terms of inverter control, thus the industry has traditionally done monitoring rather than SCADA.

But this is all changing. Beginning this month (September 2017), under Rule 21, solar equipment sold or put in service within the state of California, must be SunSpec compliant. This new breed of smart inverters, storage devices, meters, weather stations and the balance-of-systems equipment, enable easy deployment of SCADA for plant- and fleet-level monitoring and control.

As we move into implementation of Rule 21 in California, Act 14 in Hawaii and other states’ regulations to control solar output and characteristics, solar SCADA will continue to take on a more central role in the evolution of the grid. State and local utilities will incorporate solar assets into their systems managed by SCADA by virtue of distributed energy resource (DER) standards like IEEE 2030.5.

Equipment That Talks to the Grid

With the new rule, DER operators, system integrators and DER aggregators are required to implement the Common Smart Inverter Profile (CSIP) for California. CSIP was developed as an outgrowth of the California Rule 21 Smart Inverter process to create common communication profile for inverter communications that could be relied on by all parties to foster “plug & play” communications level interoperability between the California Investor Owned Utilities’ (IOUs) and 3rd party operated smart inverters or the systems and service providers managing those inverters.

While the scope of this protocol was designed solely to meet the needs of the California IOU’s requirements for communications, the profile implements widely applicable use cases making CSIP generic and likely applicable to other regulatory jurisdictions beyond California borders. In fact, Tom Tansey, SunSpec Alliance Chairman, recently told Renewable Energy World that “a fair number of utilities will tell you that they reached a point 18 months ago where they said ‘we’re just going to let California figure it out.’”

Figure 1 shows the different type of inverter communication possibilities, whic are explained in detail below.

With direct inverter communications, as you might imagine, the utility communicates with the inverter system directly. This scenario is envisioned for use when the inverter owner wishes to interact directly with the utility for managing their inverter or when the utility needs to control the inverter for proper system operations. The likely applicability is for small systems with a direct utility connection. Large commercial systems connecting independently will need to follow the mediation model.

With inverter communications mediated by an energy management system (EMS) controlling the DER, inverter commands are interpreted by a gateway or management system. This allows the EMS to optimize energy in the context of the overall request. The likely applicability is for future residential, commercial, DER plant operations.

A third scenario is where inverter communications are mediated by a DER operator/aggregator. In this scenario, the utility communicates with an aggregator’s back-end management system rather than with an individual EMS or inverter. A key difference from the mediated scenario above, is that the aggregator is assumed to be managing a fleet of inverters that are widely distributed across the utility’s service territory rather than having a single point of common coupling. The operator/aggregator is then responsible for relaying any requirements for inverter operational changes or data requests to the affected systems and returning any required information to the utility. The likely applicability is for fleet operators and DER developers / operators.

Implementing the equipment and communications to support DER regulations enables owners and operators to deploy low-cost SCADA for greater internal visibility into the plant operations. SunSpec standards fix the location and interpretation of data on solar equipment, including inverters, thus greatly reducing the time required to map the equipment to the SCADA software. With SunSpec’s discovery mechanism it is possible for the SCADA to learn how the equipment communicates and automatically map its parameters for monitoring and controlling the asset, essentially eliminating the need for point-to-point commissioning and greatly reducing the cost of SCADA (a rule of thumb is that 80 percent of the time spent on a Modbus SCADA configuration is in the mapping of registers to SCADA variables).

Low-cost solar SCADA is important as the relationship between the operators and the grid is changing in response to saturation of renewable energy producers in the distribution network (aka Rule 21). This is driving consolidation and management of individual plants into larger solar fleets.