More
Home Storage DER Why SEPA’s DERMS document is a time- and money-saver for all energy... 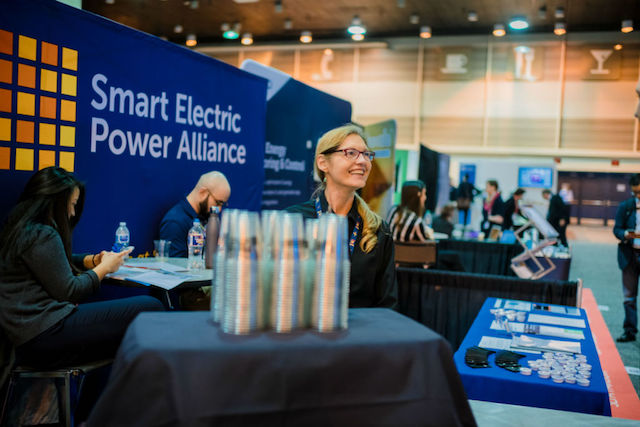 DERMS is probably one of the hottest (and most complicated) issues in the utility industry today — and SEPA has a plan for how to simplify it.

“It really looks at the grid side, in front of the meter, and how to monitor, analyze, optimize and control the voltage, frequency and parameters,” she said.

And because every state and utility is different — and the penetration of DER varies in every market — vendors and utilities have been unsure about what they need to make grid management easier.

Without it, the grid could quickly become the wild west, said Allan.

“As more customers begin to have photovoltaics and as we have greater increases in community solar or storage, there could be overloads on segments [of the grid],” said Allan, adding that overloaded circuits and wires could lead to outages and damaged equipment for both customers and utilities.

“Utilities are trying to get in front of it to make sure that reliability and quality of energy delivery is not negatively affected,” she said.

How SEPA is helping

At DTECH 2018, SEPA unveiled the first DERMS document, and this year during the grid management working group meeting, they unveiled version 2.0 along with an accompanied presentation and workshop highlighting the current state of DERs.

To create the original document, SEPA brought together utilities and asked them what exactly they would like to see in a DERMS solution, and then showed that information to the vendors attempting to design the systems.

“The ultimate purpose of the document is to give greater clarity to the vendors who are designing the platform systems,” said Allan.

The 2019 version is even better, according to Andrew Cotter, Senior Manager of Technical Services at SEPA. Cotter said that a group of 60+ people from utilities, vendors, consultants, academia, and others provided input on version 2.0 of the document. The new version added about 100 new requirements as well as assumptions, definitions and practical use cases.

“We went line-by-line through the entire original document,” Cotter said.

During the meeting at DistribuTECH, he outlined three “lessons learned” that he identified from having worked on the new document. First, he said “the scope of DERMS is evolving and the number of system-to-system interactions is larger than one might expect,” which was probably the biggest understatement that he has ever put in a PowerPoint, he added.

“A DERMS implementation is going to be an ongoing effort.  You need a clear strategy to shape a system’s evolution, a flexible IT architecture that can adapt to the changes, and a team with the right skills to oversee the effort.”

Not all of the requirements are currently possible, according to Cotter. However, they were included because of the –practically universal — interest in learning how a DERMS offering may facilitate a larger strategic objective, such as greater forecasting accuracy. Finally, the understanding of underlying assumptions, terminology, and standards is critical to using this document.

“Requirements need specificity. There were countless terms and assumptions that we simply had to settle on,” Cotter said.

And of course, all of that makes sense. This is an evolving technology managing other new technologies.  It is predicted that around 20-40 million different devices could be attached to a single distribution grid.  Coming up with a system that can manage and control them is a mighty task.

The good news for utilities is that the document will make life a lot easier for them and save them a lot of money, said Allan.

“They won’t have to go hire someone to create these specs for them,” explained Allan.

For vendors, it also answers questions for base case scenarios. Allan explained that often a vendor will work closely with “Utility 1” to design a system for their unique needs, but will then find “Utility 2” has completely different needs and priorities.

“So the document provides clarity by having not just one utility but multiple utilities participate in defining what their objectives are and what they are trying to manage and control with the DERMS,” she said.

Going forward, SEPA will continue to work with utilities and vendors to refine the use cases for the document. Allan said that right now, there are no commercial DERMS in use, however,, utilities are launching pilots, studies and partnerships that will help them explore DERMS. She said that just before DistribuTECH, SMUD and OSI announced that they are working on a DERMS project and other California utilities have pilot projects in place.

“The next step is to make sure that we capture lessons learned as some of these early deployments go out — and then incorporate them back into the document as the technology continues to grow and evolve” she said.

This article first appeared on SEPA’s blog and was reprinted with permission.