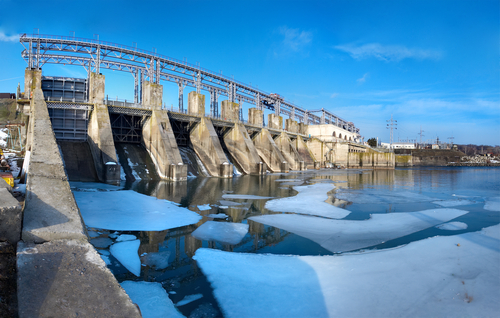 As most people know, the production and consumption of electricity do not always match. Both in industrial and developing countries with a rising need for energy, there are daily fluctuations in the electricity grid. In the future, as power generation by wind and PV increases, electricity generation will at times be far above the load (in case of strong wind and high solar radiation) and, likewise, far below the load (in case of weak wind and low solar radiation) in an increasing number of hours. In addition, it must be expected that upward and downward jumps of renewable generation will be rising, especially in the short-term time frame (cloud movements, wind fronts and calms, etc), which will be difficult to predict accurately. Pumped storage power plants are ideally suited to help even out these frequent changes between electricity shortages and surpluses, thus could significantly prevent the curtailment of renewable generation.

The principle behind pumped storage is both simple and ingenious at the same time. Pumped storage power plants are an energy storage system and a hydroelectric power plant in one. If there is surplus power on the grid, the pumped storage power station switches to pumping mode: an electric motor drives pump turbines, which pump water from a lower reservoir to a higher storage basin. If the demand for electricity in the grid rises, water is released from the upper basin via a pressure pipeline to the bottom. The water causes the pump turbines to move, which now operate in turbine mode and are used in turn to drive the generators. Within seconds, electricity is generated and fed back into the electricity grid.

Electricity generation dialogue today assumes that it will be possible to forego storage by focusing on grid expansion and the future increase of production and consumption flexibility. Some experts propose compensating for the volatility of renewable energy by building controllable and highly flexible new thermal (gas) plants and by promoting the use of demand side management, disconnecting consumers in the industrial and private sectors. However, there are two important challenges which have not been considered enough. One is the availability of sufficient flexibility in the grid when generation from renewable energies is very high. And the other is ensuring the system adequacy (reliable available capacity) if little energy is generated from renewable sources. As opposed to thermal power stations, pumped storage power plants are able to react in the shortest possible time to grid frequency fluctuations, by generating the required electricity or by absorbing any excess. Modern systems need only thirty seconds to start the pumps or turbines up from a standstill. In the event of a black out, pumped storage power plants can support and control the complex grid restoration process through their black start ability. At present, they are the only available energy storage facilities that have undergone large-scale technical testing, act as flexible loads or generators in the grid, and make significant contributions to grid stability and therefore security of energy supplies.

With the current state of technology, there is only one possibility for achieving the flexibility needed for today’s grid in an economically viable, large-scale way: with the help of pumped storage plants. 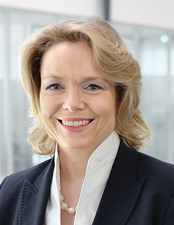 Heike Bergmann is a member of the board of management at Voith Hydro responsible for sales and marketing. She began her career in 1996 at ABB Calor Emag Schaltanlagen AG. After that, she became a commercial director at Areva Energietechnik until the company was acquired by Alstom Grid.