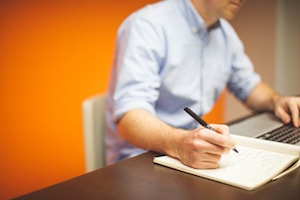 A majority of people in the U.S. who are shopping for solar are also thinking about energy storage products and services, according to a new report from online solar marketplace EnergySage.

When visitors to the EnergySage website were asked which non-solar energy products and services they are interested in, 74 percent of respondents said energy storage or batteries.

In its report, released today at Bloomberg’s Future of Energy Summit, EnergySage said that the high level of interest is likely due to awareness from the increase in energy storage offers from solar installation companies along with utility incentives for storage.

Related: What Happens When Solar Installers Get Frustrated with Loan Options?

The report said other energy products and services that respondents were interested in included:

EnergySage said in its report that in a review of financing preferences from 2015 to 2017, more solar buyers prefer loans or upfront cash payments over power purchase agreements (PPA) or leases.

According to the report, of those website visitors seeking a solar installation quote and indicating a financing preference, only 6 percent said they prefer a lease or PPA in 2017. In addition, only 1 percent of quotes chosen through the EnergySage platform included a lease or PPA option.