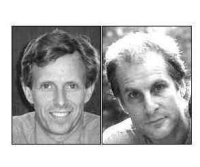 On New Year’s Day, carbon became money. It’s the earth’s latest currency, and represents the auspicious intersection of climate change science and business imperative. Carbon as currency will have a peculiar presence. There will be neither carbon coins nor carbon bills, nor guarded bank vaults of carbon, nor armored cars to transport carbon safe from theft, nor enforcers out to crack carbon counterfeiting rings. Yet now that the European Union’s Emissions Trading Mechanism has been launched, carbon in its gaseous form has acquired a negotiable value in the modern industrial economy.