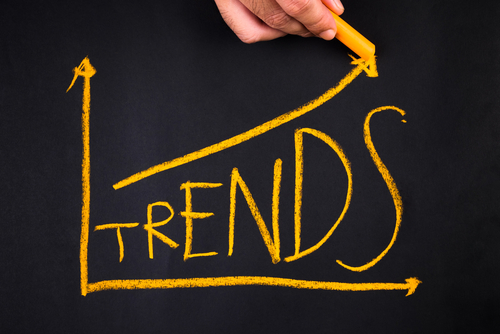 Activity on Google indicates that interest in microgrid development is on the uptick. Google tracks how many people search on a term and charts the interest over time.

Below is a Google Trends graphic that shows an impressive rise in interest in the term ‘microgrid’ over the last several years.

What will keep the line trending upward in 2016? A lot of new microgrid development that is being planned worldwide, but particularly in the U.S., which Navigant Research says still leads the market.

Watch for news of these events, in particular.

The New York State Energy and Research Development Authority is expected to release its second solicitation in the $40 million NY Prize in the first quarter of 2016. This phase offers up to $1 million per community to help with detailed microgrid planning.

In last year’s first phase, the NY Prize garnered an overwhelming response. The state chose 83 projects which each received $100,000 to conduct feasibility studies. Those projects and others may apply for additional funds offered through the second solicitation. As scheduled now, the second round of proposals will be due in the spring.

Meanwhile, Connecticut is offering $30 million in microgrid funding. The Department of Energy and Environmental Protection (DEEP) issued the request for proposals (RFP) in November and started accepting proposals in December on a rolling basis. The state has already funded 11 microgrids from two earlier project solicitations.

Microgrid-related companies also might want to keep an eye on another solicitation that Connecticut’s DEEP plans to issue this year. The RFP will seek energy storage, renewables and passive demand response projects. The state is seeking the resources to improve grid reliability, especially during the winter when New England tends to be heavily dependent on natural gas, which sometimes causes sharp spikes in electricity prices. Bid winners will be eligible for power purchase contracts that can run up to 20 years. DEEP issued a draft of the RFP in  late December and plans to release the final version January 28. Proposals will be due March 31, under the pending schedule.

On the federal level, we are tracking an energy bill being pushed by Sen. Lisa Murkowski (R-Alaska) and another by Rep. Fred Upton (R-Michigan). The bills may be merged into one comprehensive energy bill that attempts to modernize the grid. Murkowski’s version, in particular, does a lot to advance microgrid development.

Both New York and California have major energy regulatory proceedings underway to integrate distributed energy into the grid. These makeovers are likely to pave the way for more microgrids.

In Massachusetts, the Department of Public Utilities is considering utility grid modernization plans, which include a pilot microgrid proposed by National Grid.

This year could also bring pro-microgrid legislation in Illinois, where Commonwealth Edison hopes to win funding for six microgrids. Regulators in Pennsylvania have approved approved a $50 to $100 million in spending by PECO Energy on microgrids. In Maryland, Baltimore Gas & Electric has launched a plan that could bring public purpose microgrids across the central part of the state.  Hawaii and Alaska continue to be meccas for microgrid development. Our sources tell us microgrids are in the works in just about every state now.

On a final note, not all ‘hot’ energy industries are seeing this same uptick in interest on Google. I leave you to ponder two final charts that show search activity trends for the terms ‘smart grid’ and ‘solar,’ which appear to be going the wrong way.

This article was originally published by Microgrid Knowledge and was republished with permission.