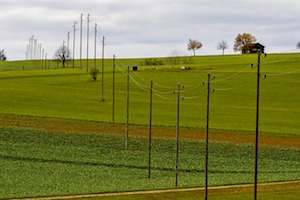 The use of batteries to reduce peak demand charges may be one of the most clearly defined business cases for battery energy storage among electric distribution cooperatives in the U.S., according to a report released yesterday by cooperative bank CoBank’s Knowledge Exchange Division.

The report found that the main driver for adoption of battery systems among electric distribution cooperatives is load shaping.

“The ability to discharge a battery during times of peak demand reduces the demand charge the ED pays to its generation and transmission provider, potentially reducing the cost of energy for the [electric distribution cooperative’s] members,” the report said.

As coops continue to explore energy storage opportunities, they likely will find other ways to maximize the value of batteries, including, for example, using batteries to improve grid resilience for commercial and industrial customers that need guaranteed power.

According to the report, coop owners may seek a service agreement with an energy storage developer to help shift risks of ownership to the developer.