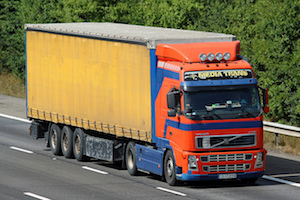 The University of Nottingham in the U.K. said this week that it will conduct the research with support from Volvo Trucks.

“What can be done with end-of-life engines is an open question,” Prof. Seamus Garvey, lead investigator for the Faculty of Engineering, University of Nottingham, said in a statement. “One option is to melt them down to recycle the steel, but we propose to explore another possibility — re-task these engines to become machines that compress and expand air to store and release energy.”

According to the university, the research will focus on making existing engine hardware — engine block, crankshaft, conn-rods, pistons and crankshaft bearings — into reversible compressor/expander systems.

The system will compress air to put energy into storage or expand stored compressed air to release the energy again.

“The UK would be very nicely catered for beyond 2030 if we had ~50 GW of rated power in energy storage facilities,” Garvey said. “Each individual truck engine would form the low-pressure stage of a three-stage 250-kW compression/expansion train. Thus, in theory we could see up to 200,000 truck engines repurposed to drive that level of power.”