Are you interested in the benefits of a solar PV array but don’t believe you can afford it? Is your home in a heavily-shaded area that would prohibit a good return-on-investment from solar? Do you rent? Maybe you live in a community with a homeowners’ association, where you’re not permitted a rooftop solar array? 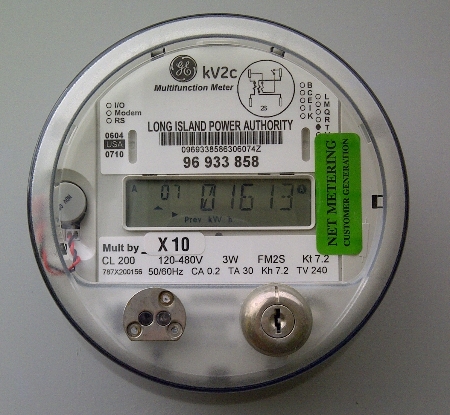 Virtual metering may be the answer. Virtual metering is when your solar PV array is located off-site so you can receive clean, low-cost renewable energy generated by solar panels mounted in another location. Often, this concept is called “Community Solar,” since the solar is provided by the utility company, the municipality or even investors.

Mike Taylor, director of research for the Solar Electric Power Association, explains: “It’s somewhat similar to leasing solar panels from a solar company that puts them on your home, except in this case, the utility is putting a larger system somewhere in their service territory. The utility company takes on the risk of owning and maintaining it; customers benefit from no- or low-cost solar, low contract obligations, and portability.”

Not that a solar PV array requires much maintenance or a lot to think about, but this type of virtual metering works especially well in places like apartment buildings, houses that are part of homeowners’ associations, or homes in heavily-shaded areas — three market segments that typically could not benefit from solar power for a variety of reasons. Virtual metering also works well for lower-income homeowners without the cash to pay for a solar array or the credit history to get any sort of financing in the form of a solar lease or a loan.

Could Virtual Metering Be the Solar Model of the Future?

Taylor thinks its one piece of the puzzle that will increase the percentage of electric power that comes from the sun. “A lot of utilities are interested in the concept,” Taylor says. “Lower solar prices are enabling that interest. Getting solar benefits to a broader range of income demographics, not just high-income or early adopter customers, is a notable goal. It wouldn’t surprise me if 30 utilities offered community solar by the end of the year.”

“But,” Taylor adds,” this is a niche area of development and there are larger issues at play.”

Some of those larger issues, he says, involve economics and utility cost recovery. “Theoretically, if half of all customers reduced their electricity use by 25 percent, utilities wouldn’t be able to recover the costs of running the electric grid and would have to raise electric rates. Even people with solar still need the electric grid – it’s much cheaper than batteries. People who didn’t have solar and/or weren’t efficient would absorb that increase more than others.”

The issues Taylor brings up echo HelioPower’s senior vice president of sales Scott Gordon’s thoughts on the “grid of the future.” Gordon asserts that utilities will move to a distribution, rather than generation or creation, model for electricity as more customers move to renewable energy sources. But if utilities are creating energy through community solar programs, it reduces their loss.

He, too, speculates on the “grid of the future.”

“Can utilities do business differently in ways that minimize costs and expand benefits? I see virtual metering as one test bed for that transition. Community solar isn’t a perfect solution, but it’s looking in the right direction.”

This article was originally published on EcoOutfitters and was republished with permission.