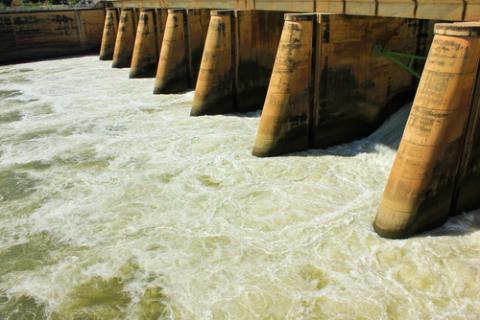 The U.S. will consider financing some of the Democratic Republic of Congo’s $12 billion Inga 3 hydropower project, Rajiv Shah, the head of the U.S. Agency for International Development, said in an interview today.

The U.S. may add the project to a $7 billion U.S. government energy program known as Power Africa, Shah said by phone today from Kinshasa, where he is meeting Prime Minister Augustin Matata Ponyo and Energy Minister Bruno Kapandji. He will visit Inga on the Congo River today. Congo was not included in the original Power Africa list of six sub-Saharan countries.

The world’s largest economy is working with General Electric Co. and other companies to add 10,000 megawatts in sub- Saharan Africa in the first five years of the program, President Barack Obama said in June. Companies will contribute about $9 billion in funding to Power Africa. More than two-thirds of Africa’s population doesn’t have access to power.

The 4,800 megawatt project on the Congo River is the next step in developing the Grand Inga site, which may eventually be the world’s largest hydropower producer, according to Congo’s government.

The current groups bidding for Inga 3 are made up of China Three Gorges Corp. and Sinohydro Corp.; Posco and Daewoo Corp. of South Korea in partnership with Canada’s SNC-Lavalin Group Inc.; and Actividades de Construccion y Servicios SA and Spain’s Eurofinsa Group. Congo’s Energy Ministry wants to choose a group by July and is open to other companies joining the current groups, Kapandji said in October.