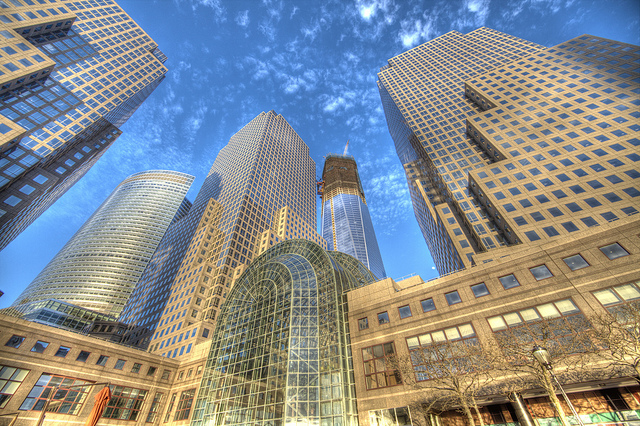 Hannah Hawkins, Attorney-Advisor in the office of Tax Legislative Counsel of the United States Treasury was a panelist at the Renewable Energy Finance Forum in New York on June 21 and commented on investment tax credit (ITC) related guidance that Treasury is working on.

With respect to the solar version of the “start of construction” guidance for determining tax credit eligibility that parallels what was issued for wind in Notice 2016-31, Hawkins stated that “it is the next thing on our plate. We hope to have guidance in the fall [or] winter.”

The wind industry is pleased that Notice 2016-31 provided it with comfort that projects have until Dec. 31 of the year that includes the fourth anniversary of when construction was started for the facility to be placed in service (e.g., if a project starts construction on July 1, 2016, then the project must be in service by Dec. 31, 2020) to avoid the requirement of continuous work or continuous efforts, as applicable and described below. Hawkins would not commit to the solar industry being provided with the same four year period as wind.

It was noted during the panel that some wind investors are concerned that a wind project may have inadvertently started construction prior to 2016 by doing minor work at the project site, so the four-year clock could already be ticking. Hawkins was asked if Treasury would promulgate a new rule to address this concern. Such a new rule could provide that no project that is in service after 2016 would be deemed to have started construction prior to 2016. Her response was :“We have no plans to re-visit that guidance … but never say never. The goal of the guidance is to put safeguards around the statutory open-ended start of construction standard. We hope we put flexibility into the rules, so any issues will be minimal.”

Hawkins was asked which issues are unique to solar that are being considered in the solar start of construction guidance. Her response was the definition of a unit of property, how to define a “single project” (i.e., what are the limits on how large a project can be deemed to have started construction based on work done for certain aspects), and the application of the continuous work rules to solar.

Hawkins addressed government’s project to update the outdated regulations that define ITC eligible property. She noted that over 30 comment letters were received, and Treasury and the IRS are “sifting through” them and “learning about the technology.” She went on to state that the Treasury hoped to publish “proposed regulations in the spring” and that it would take “a year to finalize” the regulations after they are published in proposed form.

An important aspect of those regulations will be to what extent battery storage facilities qualify for the ITC. To date, the IRS has issued private letter rulings concluding that a battery can qualify if it is placed in service with an energy generation project that qualifies for ITC and over 75 percent of the electrons stored by the battery are generated by that project (the “dual use rule”). (Treas. Reg. § 1.48-9(d)(6).) The industry has been advocating for a more lenient approach to the ITC eligibility of batteries. Hawkins seemed to possibly have some empathy with the industry’s position, saying “storage should qualify in certain circumstances but defining those circumstances is a challenge. We have to decide how the dual use rule should apply to storage.”

Hawkins was asked about finalization of proposed regulations defining what constitutes real property that is qualifying property to be owned by a real estate investment trust (“REIT”). She described the REIT regulation project as one that Treasury “is actively working on,” and noted that the industry should “hope to see something soon.” There is little pressure from the renewables industry for those regulations to be finalized because they require the same REIT to own the solar project and own the building the project serves. (Prop. Reg. § 1.856-3(g), Ex. 9.) As it is relatively rare to find significant levels of public shareholders that want exposure to both solar projects and the rental of buildings in the same investment vehicle, the proposed regulations have not fostered much renewables activity or positive interest.

Finally, Hawkins touched on two particularly arcane administrative projects. First, Treasury is “close” to issuing regulations that address how partners in a partnership that acts as a lessee in an inverted or pass-through lease may allocate the phantom income that accrues in each of the first five years of the project’s life equal to 3 percent of the ITC eligible basis. This accrual is provided for in Section 50(d)(5) (referencing prior Section 48(d)) of the Internal Revenue Code (the “Code”). Such an accrual is necessary due to the fact that when a lessor and lessee elect for the lessee to claim the ITC, the lessee has no basis that can be reduced by 50 percent of the ITC as required by Section 50(c) of the Code. In lieu of such a reduction, the lessee includes 20 percent of what would, otherwise, be the 50 percent basis reduction in income each year for five years (i.e., 20 percent of 50 percent of 30 percent a year for five years is 15 percent).

Second, she noted that Treasury is studying whether certain Office of Management and Budget rules addressing the use of real estate owned by the federal government could have unintended consequences with respect to the analysis as to whether a solar contract is a “service contract” or a “lease” under Section 7701(e) of the Code. When the counterparty to the solar contract is a governmental agency (e.g., solar installed on barracks at military base to generate electricity for the military), there is neither ITC nor accelerated depreciation for the system owner (e.g., a tax equity investment vehicle), if the solar contract is characterized by the IRS (or, ultimately, a federal court) as a “lease” under the standard in Section 7701(e).