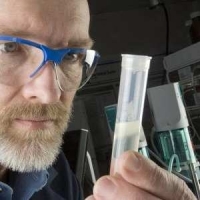 ARPA-E is a new DOE organization modeled after the Defense Advanced Research Projects Agency (DARPA), the defense agency that gave us the Internet, the Global Positioning System (GPS), and many other technological breakthroughs. ARPA-E was recommended by the National Academy of Sciences (NAS) and was authorized by Congress in 2007, but it received its first funding of US $400 million via the American Recovery and Reinvestment Act.

ARPA-E will fund energy technology projects that translate scientific discoveries and cutting-edge inventions into technological innovations.  The program should also accelerate technological advances in high-risk areas that industry is not likely to pursue independently.

According to a DOE press release pertaining to the first funding opportunities, the program, in part, seeks to address the “valley of death” that prevents many transformational new technologies from becoming a market reality.  RenewableEnergyWorld.com contributors Todd Alexander and Lee Gordon of Chadbourne and Parke wrote about the valley of death in their article “What’s Stopping Us?  The Hurdles To Commercializing Cellulosic Ethanol.”

ARPA-E will not fund improvements to existing technologies; this research will continue to be supported through existing DOE programs, such as those of the DOE Office of Energy Efficiency and Renewable Energy. ARPA-E’s mission will be to develop new energy technologies that offer significant progress toward reducing imported energy; reducing energy-related emissions, including greenhouse gases; and improving energy efficiency.

To launch ARPA-E, DOE has issued the first Funding Opportunity Announcement for the new agency, offering a total of US $150 million, with individual awards of $500,000 to $20 million. As one sign of the change in approach, applicants are initially asked to submit only eight-page “concept papers” that briefly outline the technical concept; applicants that make the first cut will be invited to submit full applications.

DOE anticipates awarding grants, cooperative agreements or Technology Investment Agreements, with the latter two most likely because of the need for substantial interaction between ARPA-E and the awardees.

Submit concept papers to DOE from May 12 through June 2. The full solicitation can be found on the FedConnect Web site (reference number is DE-FOA-0000065).

In related news, the White House announced last week that the DOE Office of Science plans to invest $777 million over the next five years to create 46 new Energy Frontier Research Centers (EFRCs). The EFRCs will be established at universities, national laboratories, nonprofit organizations and private firms across the nation, drawing in part on funds provided by the Recovery Act, while also depending on future Congressional appropriations.

Last but not least, 14 EFRCs will be dedicated to cross-cutting science, including catalysis and materials that perform in extreme environments. The EFRCs will be located in 36 states, plus the District of Columbia.

Kevin Eber is a senior science writer at the National Renewable Energy Laboratory. In that capacity, he has promoted energy efficiency and renewable energy technologies for nearly 20 years.

The majority of this article was first published in the U.S. Department of Energy’s EERE Network News and was reprinted with permission.