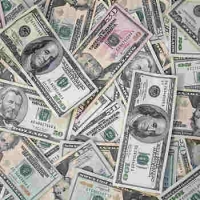 Washington, DC, USA – The Obama administration has made it clear from day one that it is interested in furthering the development and deployment of renewable energy and energy efficiency projects throughout the United States. Announcements made this week and last by the government highlight that commitment.

On September 8, DOE announced that it was funding biomass research and development to the tune of $16.5 million.  That funding announcement focused on two different initiatives related to biofuels. The first ($12 million) is for projects that will employ pyrolysis, the heating of biomass in the absence of oxygen to create a bio-based oily liquid called bio-oil. The projects will explore a variety of catalytic processes to upgrade this bio-oil into so-called “drop-in” biofuels—advanced biofuels that are compatible with our existing fueling infrastructure. For the second initiative, DOE will provide up to $4.5 million to three projects focused on developing sustainable methods of biomass crop production.

On September 10, DOE announced that it would be awarding $9.6 million for transformational energy research.  These are 6 projects that seem pretty far out.  To name a few there is an airborne wind turbine, which consists of a high-performance wing that carries a turbine and is tethered to the ground; a dynamic liquid prism that can be adjusted using an applied electric field, allowing concentrating PV systems to track the sun without the use of mechanical systems; and a thermal energy storage system for concentrating solar power systems that uses supercritical fluids to potentially store twice the energy of an equivalent-size molten-salt system.

After that the office announced it was awarding nearly $30 million for state energy efficiency projects.  Then on September 13, it announced that it was awarding $5.2 million for wind forecasting and wind turbine development.  AWS Truepower was recipient of $2.15 million of that round and will use the money to lead a project that will focus on a region of high wind energy use in Texas. WindLogics will lead a project targeting portions of several upper-Midwestern states.

Finally, as we reported last week, $37 million was awarded to marine and hydro energy companies, marking the largest investment the government has ever made in technology that uses water to generate electricity.

In related news, Applied Nanotech Holdings announced that it has been awarded a Phase III SBIR (small business innovation research) grant, in the amount of $1.6 million, from DOE to establish a pilot production facility to manufacture and commercialize its ink materials for the application of metallic conductor layers on thin silicon solar cells.