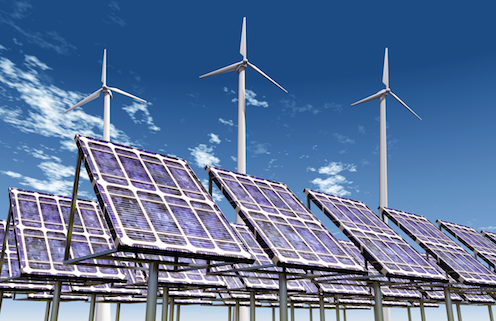 Germany has made a major bet on renewable energy by setting aggressive goals to replace its nuclear plants with alternative sources. Its decision to close all of its nuclear power plants by 2022 is one of the biggest energy gambles ever made by an industrialized nation.

No matter where a country stands in terms of its energy transformation, other nations can benefit from a greater understanding of Germany’s investment and commitment to grid stability and sector collaboration. UL recently conducted on-the-ground research to understand why Germany took such a significant economic risk on renewable energy and the ways in which new technologies developed in the United States can help renewable energy adoption scale worldwide.

In addition to national concerns about the environment and climate change, the study revealed that Germans typically believe that achieving higher degrees of energy independence is beneficial to the country’s national security, providing relief from imported natural gas and eliminating the threat of nuclear disasters. This focused and relatively consistent political and consumer environment has prompted German energy companies to begin the process of reinventing themselves through the pursuit of new products and services.

As Clemens Cremer, group expert on energy economics and markets at EnBW, an energy supply company based in Karlsruhe, Germany, said, “We need to learn how to work with customers in different ways. For a long time, we were known for providing reliable power. Today, people have much more demanding expectations for utilities, including providing energy innovation.”

Over the last five years, Germany’s renewable energy efforts have largely been focused on balancing the power grid and keeping it stable. The emergence of large-scale virtual power plants (VPPs) have played a key role. Indeed, 30 VPPs are now playing an essential role in the rapid uptake of renewable energy in Germany, because they connect a wide variety of individual energy producers through sensor technology and sophisticated software tools that help the individual producers, many of them farmers with solar arrays on their fields, to market their electricity in the open energy market. They also serve as a central orchestrating authority to assist with grid reliability. The ability to direct distributed power suppliers to either ramp up production to deliver peak load electricity or shut down production to avoid an over-loaded system has allowed grid system operators in Germany the needed flexibility to ensure grid stability as nuclear and coal plants have been taken off-line.

The United States is also making major contributions to energy transformations worldwide, as innovative American entrepreneurs and companies are advancing the mainstream commercialization process for battery technologies, automation systems, grid interconnects and a variety of information technology tools that can manage grid activity. Related standards for these sophisticated and “intelligent” grid products are also being developed and improved upon by technical experts in the United States and around the globe. While the US lacks a clear transformation vision and intent across the country and also a centralized focus and the discipline to connect and balance the grid systems across the nation, adding distributed battery resources where needed, U.S.-based innovators are making significant independent business cases to develop and bring to market a variety of technologies that Germany will ultimately need to support its own transformation.

Ultimately, the study concludes that grid stability, sector collaboration and new innovative technologies will drive the future of renewable energy. By harnessing Germany’s proven engineering experience in grid stability, and combining it with the United States’ technological advances, both nations will be better positioned to scale their endeavors to develop more distributed power systems.

UL encourages those who work in the energy ecosystem to work collaboratively and across international borders to address the engineering and technology questions involved with securing the smart, resilient, environmentally-conscious and economically-viable energy systems of the future. Read the whitepaper, “Putting the Pieces Together: Transition and Transformation in Global Energy Markets,” to learn more.

UL is a premier global independent safety science company that has championed progress for 120 years. Its more than 10,000 professionals are guided by the UL mission to promote safe working and living environments for all people. UL uses research and standards to continually advance and meet ever-evolving safety needs. We partner with businesses, manufacturers, trade associations and international regulatory authorities to bring solutions to a more complex global supply chain.