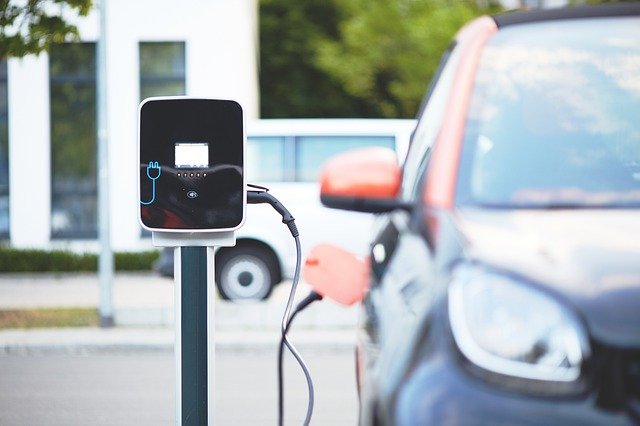 In the fall of 2018 I published a surprisingly controversial article ranking states and provinces by their non-Tesla, DC fast-charging station density relative to population. The article, California Lags in DC Fast-Charging Station Density for Electric Vehicles, was based on data from the Alternative Fuels Data Center.

The question was how you compare the progress toward expanding the EV charging network between big states and little states when they are so different in size and population. It seemed clear that the number of EVs and their need for inter-city charging was determined more by population than geographic size. Of course the best determinant is the number of EVs on the road relative to the number of stations, but that number wasn’t readily available for Canada. Further, not all states and provinces had any program encouraging EV adoption so that limited the choice for comparison to those regions doing something. At the time it seemed a pretty straightforward analysis of who had done a better job of installing more non-Tesla stations.

It never was clear what angered the web’s denizens. Maybe what set them off was that California didn’t top the list as expected. (California ranked fifth.) Maybe they were angry that three of the top five were Canadian provinces. I don’t know the answer. Maybe they were just trolls.

Since that article was published, Electrify America (EA) has created a continent-wide network of DCFC stations almost overnight. So I thought it was time to revisit the comparison and rank the top ten from a selected group.

California moved up a position to fourth place, but follows Quebec, Oregon, and British Columbia. Electricity in both Canadian provinces is provided by provincial utilities: Hydro Quebec and BC Hydro. When these provincial enterprises make a decision, such as entry into the EV charging business, they can act quickly with seemingly limitless resources. Oregon and sixth-place Washington State were early EV program adopters and form the northern part of the West Coast Electric Highway running from BC to Mexico. Ontario fell out of the top five with the advent of the Doug Ford government and the dismantlement of the province’s once aggressive EV program.

However, station density represents only one measure of how extensive a network of charge stations is in serving a region. While it may best represent whether a non-Tesla EV can drive between cities it doesn’t tell you how many EVs it can serve.

Another measure of how well a region is serving intercity travel is the number of ports that can serve individual EVs.

Stations in Tesla’s supercharger network have dozens of ports. The Kettleman City and the Baker, California stations have 40 kiosks each, all with a single port. All ports are active all the time, although the level of charging may be reduced by the number of vehicles charging at one time.

At each EA station the VW subsidiary has installed four to six kiosks, or charging dispensers, for non-Tesla EVs. Each kiosk has two cables, but it can charge only one vehicle at a time. What we’re interested in is not the number of cables on a kiosk, but the number of cars it serves.

In the past, other charging networks had installed one, or at most two, dispensers per station. Some of the kiosks on these networks had one cable, some had two, but each kiosk could serve only one car at a time.

The growth of the EV population and EA’s entry into the market has changed the dynamic. Other networks have now followed EA’s example with multiple dispensers and offer from three to four–sometimes more–kiosks at most new stations. Most of these kiosks have two cables, but again can serve only one car.

The US Department of Energy’s AFDC web site allows filtering for what it calls “outlets.” Unfortunately, when I went to sort by outlets, I opened a can of worms–the data was inaccurate.

That some of the data was inaccurate is best illustrated by a station in the news: Greenlots’ Pasadena site. The single largest non-Tesla station in California is the Greenlots station off Colorado Street in Pasadena. It has 20 kiosks for non-Tesla EVs. It’s listed by AFDC as having 40 “charging outlets” or what I call ports. Each kiosk has two ports, one CCS, and one CHAdeMO. Despite the appearance in AFDC’s data, only 20 cars can charge at once–not 40.

All the other Greenlots’ sites that I checked were also in error. I found a similar problem when filtering for ChargePoint stations in California.

But AFDC does get it right for other networks. AFDC does not list Recargo’s sole station in Prunedale, California. It does list a site in Prunedale, identifying it as “non-networked.” This is the Recargo site and AFDC reports that the station has six “outlets.” It can charge six cars at one time. This is correct. The site has six kiosks, each with two cables or “outlets,” one for CHAdeMO and one for CCS, but each dispenser can charge only one car at a time.

Similarly, AFDC correctly lists the two Electrify America’s stations in Bakersfield as having four DCFC “outlets” each. Even though each kiosk has two cables, the station can charge only four cars at one time.

The only way to make sense of AFDC’s data on outlets is to look at each station and count the number of kiosks present. AFDC’s data on “outlets” is useless otherwise.

Fortunately, DOE and the site’s administrator, the National Renewable Energy Laboratory, are aware of the problem and will be updating the AFDC’s Station Locator description within the month to reflect a revised definition of stations, ports, connectors, and how many cars each station can serve. Within the next three months data from ChargePoint and Greenlots will be updated to the new format.

By midsummer we should be able to compare not only station density, but also car charging density among the states and provinces leading in DCFC station roll out. California may then move up a notch. Vendors to two large programs funded by the California Energy Commission are required to have all their contracted stations in operation by June of this year. There are tens of stations in California each with multiple charging kiosks that have yet come on line and be added to AFDC’s data. This should boost California’s charging density.

Energy jobs are key to economic recovery from the pandemic