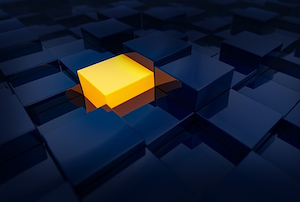 Storage is rightfully one of the hottest topics in the energy industry right now. The potential benefits and profitability has prompted plenty of excitement — and questions — among industry leaders. And for good reason. Widespread deployment of energy storage, especially batteries, will increase substantially in the next few years. In fact, analysts project an annual market of 2,600 MW by 2022 — that’s nearly 12 times the size of the 2016 market. There are three underlying trends driving this growth:

Storage is in a league of its own despite being a core element of distributed energy resources (DER) increasingly connecting to traditional grids with new sources of energy. In practice, storage improves grid reliability and resiliency while potentially delivering environmental benefits that surpass that of traditional grids. It’s hybrid in the sense that energy storage shares some features in common with generating facilities and other features in common with transmission assets and load. Theoretically, this means it should be able to provide a broader range of services than other energy assets. However, as with any novel technology, the array of opportunities for storage brings new types of risks that project developers and investors need to understand so they can plan for contingencies and mitigation approaches.

Knowing Where to Start

According to energy sector analysis ICF conducted in partnership with law firm Norton Rose Fulbright, a key challenge storage faces in trying to participate in wholesale energy markets today is that the rules were developed for power plants and demand response companies — which may unnecessarily limit the scope (and therefore compensation) of storage services. However, the Federal Energy Regulatory Commission (FERC) is currently working to clear a path to wholesale market participation for storage providers. In fact, the FERC has issued four orders in recent years that help energy storage. In November 2016, FERC issued a notice of proposed rulemaking (NOPR) introducing transparent market rules for energy storage facilities to participate in organized markets run by regional transmission organizations (RTO) and independent system operators (ISO). In February 2018, FERC issued its final rule (Order 841) requiring ISO and RTO markets to establish market rules that properly recognize the physical, operational and capacity characteristics of electric storage resources.

FERC’s recent moves aim squarely at removing market barriers to participation and laying the regulatory groundwork for offering strong incentives tied to storage resource development. However, a mountain of work still remains to be done to realize the full potential of energy storage throughout the country. Here’s where America’s key energy stakeholders should begin.

Heed industry advice and don’t be afraid to ask for interpretive guidance or a declaratory order from FERC stating how the commission will apply its regulations to a certain set of facts. These options typically require both time and filing fees, but they could help settle important questions. Further, some state regulators also offer a procedural option of requesting declaratory relief or an advisory opinion on regulatory matters. For example, Tesla obtained an advisory ruling from the Massachusetts Department of Public Utilities in September 2017 that said certain small-scale batteries paired with solar generating facilities are eligible for net metering. The ruling was issued less than four months after Tesla filed a petition that prompted Massachusetts to open a general docket on eligibility of energy storage for net metering.

A key takeaway from our analysis with Norton Rose Fulbright: this could mean including a mechanism to revisit pricing in the event of a change in law. Alternatively, the parties could be required to enter into good-faith negotiations to restore the benefit of each party’s bargain after a change in law.

For example, many rooftop solar companies are deploying storage alongside solar installations. Combining storage with generating assets with stable revenue and well-defined market participation rules helps mitigate the risk that changes in market rules may reduce or eliminate revenues from a specific storage service.

It is also important for storage stakeholders to understand that an investment tax credit (ITC) can be claimed on the cost of a storage facility — with regulators taking stock of how the mix of electricity stored changes over the first five years when the credit is exposed to full or partial recapture. In fact, the IRS requires no more than 25 percent of the energy stored to come from other sources than the solar or wind facility tied to the energy storage asset, and then the percentage of other energy storage determines the amount of investment tax credit that can be claimed. For example, if 10 percent of the storage energy is from other sources the first year, then only 90 percent of the full ITC can be claimed. If the percentage of other energy stored increases in any of the next four years, the credit is subject to partial recapture.

The best way for owners to mitigate this type of risk is thorough and accurate modeling of system operation under the full range of operating conditions, and with the system providing all anticipated energy services. To the extent the offtaker has a right to control charging, the asset owner may want to build in a right to recover any ITC-related recapture or losses. A complete picture is needed for owners, utilities and regulators to estimate the fraction of charging energy supplied by a linked, or nearby, solar or wind project — depending on each case.

Understanding Performance Risks — and Preparing for Their Possibility

In practice, manufacturer warranties and other performance guarantees and even insurance policies can help. They currently exist for rooftop solar, for example. They need to be developed for storage as well. Developers should make sure that adding storage to other forms of generation will not invalidate any performance guarantees attached to the generating facility.

Developers usually buy batteries directly from the manufacturer and focus primarily on system integration. If the developer does not have a comprehensive understanding of battery capabilities and limitations, such as maximum charge and discharge rates, thermal requirements and cycle life, there is a strong possibility that the control room will mismanage the battery, and the overall system will be unable to satisfy power purchase agreement performance expectations, with the potential for adverse financial impacts or litigation. Ultimately, performance risk should be considered both in terms of initial system performance risk and long-term performance risk.

It’s crucial for energy storage owners to come up with an appropriate O&M plan based on a thorough understanding of how the battery will work. In addition to periodic battery replacement, that plan includes having spare power conditioning equipment (inverters, voltage converters) and service technicians available to address unplanned outages or degraded capabilities. Most energy storage systems have continuous monitoring, and, to an increasing degree, developers are providing this service in-house. This enables faster detection and resolution of system performance. Independent engineers evaluating system design usually also evaluate the O&M plan.

Getting Utilities Up to Speed

Relatively few utilities have significant experience with energy storage. Consequently, developers proposing novel storage projects to utilities should expect that the interconnection process will take time. In addition, if a proposed project provides any service that may require on-peak charging, the utility might need costly network upgrades that would otherwise not be necessary. As more utilities gain experience with storage, the duration of the interconnection agreement process will decline. Until then, developers can minimize delays by:

The cost of interconnection network upgrades may be reduced by avoiding services that will require on-peak charging, but the value of such services may exceed the incremental cost of the network upgrades. To get in front of this, developers can help identify the least expensive interconnection location by asking the utility to do an interconnection feasibility assessment early in the process. In general, it’s advisable for all stakeholders to get ahead of procedural, logistical and connectivity issues tied to storage.

The lack of clarity about regulatory treatment at the federal level is the biggest challenge ahead for government, utility and industry players exploring energy storage futures. The importance for all parties involved to understand regulatory implications of incorporating energy storage into the mix is increasingly vital as retail sales-generating projects that combine energy storage with renewable power generation enter the market.

Further, stakeholders will need to navigate around existing U.S. law that does not explicitly clarify whether energy storage units qualify for regulatory exemptions typically claimed by small-scale renewable energy generators, or how adding storage to a small power plant affects the generator’s own regulatory exemptions. Storage owners will need to understand where regulatory and utility boundaries are — and how operations fit into them. 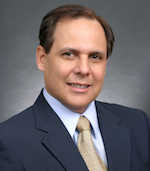 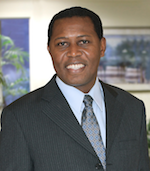