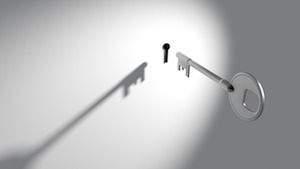 There is a growing need for grid-scale storage technology to mitigate the intermittency of renewables and enable the transition towards a decarbonized energy system. Hydrogen as an energy carrier could offer a climate-friendly solution to this. It can be produced from renewable sources, is able to be stored for long periods of time, and has applications across the energy supply chain; offering a potential replacement for fossil fuels within the transport and heat sectors.

Globally, the predominant method for hydrogen production is steam reforming of natural gas or other hydrocarbons (SMR), which would require the use of carbon capture and storage (CCS) technologies to be ‘carbon neutral’. Another production method, which is currently small-scale in the U.K. and accounts for only 4 percent of global hydrogen production, is via electrolysis: using electricity to split water into hydrogen and oxygen. Similar to SMR with CCS, electrolysis, which uses grid electricity generated by fossil fuels, is not an entirely ‘zero-carbon’ process; it would require an electrolyzer powered by a renewable source for the process to be truly decarbonized.

Once produced, hydrogen can act as both a short and long‐term energy store to balance supply and demand of renewable energy at different scales, geographies and weather conditions. Storing hydrogen would provide a low-cost, ‘on-demand’ power supply that only fossil-fuelled power plants can currently satisfy, whilst also addressing the current challenges surrounding renewable intermittency. However, as is the case with any disruptive alternative, there are a number of ‘unknowns’ that need to be identified and overcome before hydrogen can be produced, stored and distributed for use at scale.

The most effective method of storing large volumes of hydrogen in order to address seasonal fluctuations in demand is within geological features, such as depleted natural gas fields and salt caverns. The U.K. currently stores around 10,000 GWh of natural gas in salt caverns, which means there is a large resource of storage available for hydrogen to replace. There are substantial caverns in Teesside used to store natural gas, hydrogen and other gases, as well as others in East Yorkshire, the Cheshire Basin and the Weald Basin.

Further live field trials for these large-scale hydrogen storage mechanisms will need to be carried out, not only to demonstrate their suitability and capacity but to also mitigate any potential contamination of the hydrogen from remnant gas. Measuring the purity of hydrogen once removed from the storage mechanism will be vital, as further purification may be required depending on its end-use application. If the hydrogen is to be fed to a refuelling station for use in a fuel cell electric vehicle (FCEV), then it must meet stringent international purity standards to ensure the lifetime and durability of the fuel cell technology is not compromised. If the hydrogen is to be fed into the gas grid for combustion in a domestic boiler, then the purity standards may be less strict.

Hydrogen can be produced at any location where there is an electricity source for electrolysis and a suitable mechanism for storage. Most of the hydrogen refuelling stations in the U.K. produce hydrogen fuel in-situ via electrolysis and are powered by grid electricity. These electrolysers can be scaled to meet demand. For example, they could be used at a local level and fed by small-scale renewable systems such as solar PV panels on rooftops, providing a viable option should a decentralized approach to decarbonization be adopted in the U.K. At a larger scale, electrolyzers could use central energy generation facilities and the hydrogen generated could be transported to the point of use.

Today, there are only a handful of hydrogen refuelling stations in the U.K., but under the H2ME project — which is co-funded by the European Union’s Horizon 2020 programme through the Fuel Cells and Hydrogen Joint Undertaking (FCH JU) — there are plans for 65 stations across the U.K. by 2020. Measuring the impact that increased numbers of electrolyzers may have on the grid, especially in terms of the high electricity demand required, will be imperative to ensure that it is fit for purpose and able to cope with the potential demands of large-scale electrolysis.

The U.K. heating network currently has a structural dependence on gas as an energy source; 84 percent of homes are heated by gas, with almost all of the supply coming from non-renewable natural gas. Due to its gaseous form, hydrogen could also be transported via the existing gas grid and distributed to domestic heating systems, which would enable the U.K. to utilise its existing infrastructure and therefore help to reduce the costs associated with electrification of the entire energy system. However, the U.K. will likely require more than one solution when it comes to addressing the scale of the decarbonization challenge within the heat sector.

The use of micro-combined heat and power (CHP) systems that utilize fuel cell technology with hydrogen as the fuel have been described as “attractive solutions for decentralized electrical energy production with high efficiency.”* However, lack of practical implementation of these systems means there are still some challenges facing its commercial uptake.

For example, there are uncertainties surrounding the suitability of certain ‘categories’ of fuel cell in coping with the demands of a heating system. Stringent purity requirements for polymer electrolyte membrane (PEM) fuel cells and temperature cycling issues affecting solid oxide fuel cells (SOFCs) could result in the lifetime of these systems being impacted and therefore their ability to be commercialized for domestic use.

Next Steps for Hydrogen

There are a number of challenges still hindering the wide commercial uptake of hydrogen. Robust measurement often underpins the solutions to these challenges. These were identified and prioritized in our recent report Energy transition: Measurement needs within the hydrogen industry. The U.K. has internationally prominent measurement capability, as well as established R&D institutions, and addressing these challenges could enable us to host a world-leading hydrogen industry.

With an ever-growing evidence base showcasing how the costs of hydrogen and its barriers to entry are reducing, it is clear that hydrogen shows real potential in providing a cost-effective and scalable way of decarbonizing the U.K.’s energy system. The U.K. has an opportunity to lead the way in efforts to meet emission reduction targets set by domestic policy and international climate agreements, by investing further in both hydrogen demonstration projects as well as in the infrastructure required.