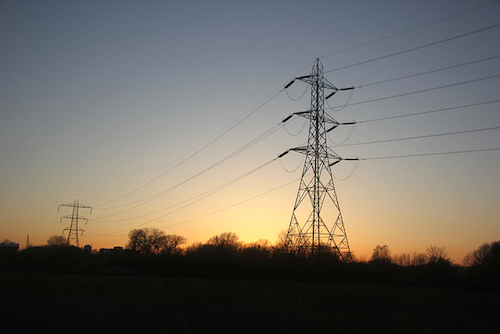 Grid-scale energy storage will move closer to commercial reality on Friday when the U.K.’s grid operator offers contracts to companies to help balance the network, a key measure needed to help balance increasing supply from renewables.

National Grid Plc will announce the winners of a bidding round for as much as 200 MW of storage capacity, which is about the size of a small power plant.

It’s likely to be the storage industry’s biggest award this year in a global market expected to install $5.1 billion of equipment in 2020, according to Bloomberg New Energy Finance. Storage plays a key role in the greening of utilities’ networks by allowing grid managers to handle higher volumes of intermittent power from the wind and sun.

The program is a “major boost for energy storage,”’ said Logan Goldie-Scot, analyst for BNEF in London. “Previously, activity had for the most part been limited to standalone demonstration projects” funded by the U.K. power regulator, Ofgem.

The contracts could be a fillip for some of the 37 companies submitting bids. They include utilities such as AES Corp., Engie SA, EDF Energy Plc and Vattenfall AB; electronics makers such as Delta Electronics Inc.; and specialist providers such as Open Energi Ltd.

Any winning bidder of National Grid’s tender must be able to supply power within 1 second and deliver 100 percent of the capacity it offered for at least 15 minutes. Even though the tender is relatively small, and is essentially a pilot, it could pave the way for future rounds and greater investment.

For the moment, the vessel of choice for investors and National Grid is a battery. Most of those units are based on lithium — a bigger version of the power packs found in the back of mobile phones and electric cars.

National Grid’s request for tenders for “Enhanced Frequency Response” units was neutral on the sort of technology it preferred. Even so, 34 of the 37 submitted offers were batteries, Gillian West, a spokeswoman for National Grid, said by e-mail.

“With fast acting battery technologies becoming financially viable, EFR is an economic solution,” West said, adding that it “also creates a route to market for a new class of technology.”

In order to drive competition, no bidder will be able to win a contract for more than 50 MW of capacity.

“We see EFR as an enduring service that will sit alongside our existing portfolio of frequency response and reserve products, and will be running further procurement events in due course,” she said.

Earlier this week, National Grid canceled plans to buy balancing services this winter from demand response providers — businesses that agree to turn off or turn down power usage if there’s a spike in demand. The operator blamed a lack of interest from potential participants in the scheme.

Demand-side response providers are also unlikely to be able to take part in the storage competition because they may not meet all of the technical requirements, according to BNEF’s Goldie-Scot.