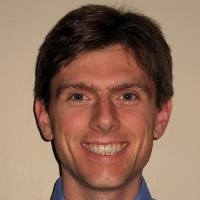 Sunlight falls everywhere, but America’s pursuit of solar power is increasingly narrow. Before 2006, almost all electricity from solar in the United States was generated by solar photovoltaic panels. But by 2012, almost half of our on-grid solar electric capacity will be in ten concentrating solar thermal plants in the deserts of the Southwest.

Some observers believe the future of solar energy is centralization. They point to the lower price of concentrated solar electricity promised by new plants. They confuse price and cost. Recently completed centralized solar thermal-electric plants are similar in cost to decentralized PV projects. Centralized solar has a lower price because federal solar incentives discriminate against decentralized and locally owned residential rooftop installations and skew investment toward commercial projects

This policy bias manifests itself in two ways. The major solar power incentive is a tax credit. But to use a tax credit you must have tax liability. So the Investment Tax Credit is a de facto incentive for non-residential installations, because the average American isn’t sitting on a lot of tax liability.

To add to the homeowner’s disadvantage, the federal solar tax credit is capped for residential solar projects, but not for commercial ones. Take two people, both wanting a 3 kilowatt (kW) solar panel on their roof. Bob is a business owner, and Harry a homeowner. The total cost of the installation is $24,000. Bob gets $7,200 from the investment tax credit while Harry gets only $2,000, just because he’s putting the panels on his house. Bob can also depreciate his panel’s value.

Why do we care whether solar energy is harnessed on a few hundred square miles of Nevada or on millions of individual rooftops? Why do we care if solar arrays are owned by those who use the electricity generated?

But there are powerful reasons that go beyond economics or physics. New transmission lines will go through someone’s backyard. That will require utilities to seize private property, something worth avoiding. And when people produce their own power they begin to take greater responsibility for their energy use. The more efficient they become, the more independent they become.

Solar thermal electric power has the advantage of having on site storage systems that can store heat energy long into the evening hours. This promises to make solar energy firm power rather than intermittent power. Power can be generated even when the sun doesn’t shine.

But federal policy doesn’t prioritize or reward solar energy storage — a policy that would make sense. If it did so, one could expect that entrepreneurs would quickly refine and install storage systems with rooftop solar systems.

There’s a better way. Remove the cap on residential tax credits and level the playing field. Amend the tax credit and make it refundable, so folks without large tax liability — the majority of Americans — can join the solar revolution.

Or better yet, replace all the tax incentives with a feed-in tariff like the one that has created a tidal wave of solar development in Germany. Unlike tax credits or buydowns, a feed-in tariff pays for performance, allows anyone to produce renewable energy, and doesn’t require annual Congressional renewal or appropriations. It is a policy that mirrors the abundance and availability of sunlight with a limitless potential for solar energy investment.

Sunlight shines everywhere and American solar energy policy should encourage us to harness it everywhere, as well.

John Farrell is a research associate on the New Rules Project at the Institute for Local Self-Reliance (ILSR), where he examines the benefits of local ownership in renewable energy. His latest paper is called Concentrating Solar and Decentralized Power: Government Incentives Hinder Local Ownership. You can find more of his work and more information on the New Rules Project at www.newrules.org.