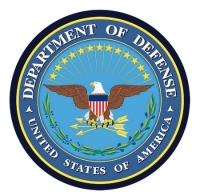 The U.S. Department of Defense (DoD) has a tradition of accelerating technological advancements, serving as early adopters and impacting the broader commercial market in such areas as aviation, computing and GPS. For the past several years, the DoD has been playing this same role in the renewable energy space.

A new report from The Pew Charitable Trusts shows that DoD clean energy investments increased 300 percent between 2006 and 2009, from $400 million to $1.2 billion. Projections for 2030 are set to eclipse $10 billion annually, with an overall target of obtaining 25 percent of DoD energy from renewable sources by 2025. For the solar energy world, the DoD’s energy conservation investment program adds significant credibility to the conversation.

Driven by climate change and the need for energy security, the DoD’s plans are designed to strategically maximize military preparedness and effectiveness during military, disaster relief and humanitarian engagements. As the plans unfold, DoD will serve as a huge laboratory for innovation, laying the groundwork for widespread adoption of new ideas for optimizing efficiency and creating zero energy environments.  Efficiencies gained from a greater reliance on solar energy technologies will create energy independence and bring potentially enormous environmental benefits. Both issues have a direct influence on national security and the health of the U.S. economy.

Add to the equation the DoD as a massive energy spender. Right now, it has 300,000 buildings on its 500 plus installations, with 2.2 billion square feet of space, and spends nearly $4 billion a year on the energy needed to power them. These fixed installations are ideal test beds for next-generation energy technologies. Federal government energy goals have mandated energy reduction of 30 percent by 2015 and electric energy consumption from renewable energy increased to no less than 7.5 percent beginning FY 2013. These are ambitious numbers, but an analysis developed by the DoD’s Office of Installations and Environment demonstrates these goals are well within reach after determining that over 7,000 megawatts (MWAC) of solar energy development is technically feasible and financially viable at several DoD installations in the Mojave and Colorado Deserts of California.

The Office of the Deputy Under Secretary of Defense (Installations and Environment) has two key programs–the Strategic Environmental Research and Development Program (SERDP) and the Environmental Security Technology Certification Program (ESTCP).  Last year, 575 proposals were selected for field tests in 2012.  These proposals were submitted by private firms, universities and federal organizations and covered five areas: smart microgrids and energy storage to increase the energy security of DoD’s installations; advanced component technologies to improve building energy efficiency; advanced building energy management and control technologies; tools and processes for design, assessment, and decision-making associated with energy use and management; and technologies for renewable energy generation on installations.

New construction projects, such as military family housing, require the use of energy efficiency products that are cost-effective. A number of military installations and bases are moving forward with plans to be “net zero,” consuming only as much energy as they generate, including Fort Bliss, a U.S. Army post with an area of about 1,700 square miles. The Enhanced Use Lease (EUL) program enables commercial companies to fund, build and operate projects in exchange for long-term leases of Army land. This program’s first renewable energy project is the Fort Irwin Solar (EUL) partnership with Clark Energy Group and Acciona Solar Power to build a solar electric power plant with a potential for 1,000+ MW of solar power production — the largest renewable energy project in the DoD’s history.

As the single largest consumer of energy in the United States, the DoD is in a unique position to introduce innovative, clean energy solutions on an enormous scale. By leading the way, they create the very real potential for curbing staggering energy costs and optimizing the nation’s overall defense strategy. These new policies will help to eliminate hesitation in the mainstream marketplace, leading to accelerated innovation and the creation of new and profitable markets. By maintaining its current trajectory, the DoD will continue to increase demand for partnerships, private sector financing and a considerable influx of investment dollars into leading-edge research, technology and business practices.

Michael Gorton, Chief Executive Officer and Chairman of Principal Solar, is an entrepreneur, mentor and company builder, applying proven strategies in the fields of renewable energy, telecommunications, music and healthcare. Drawing on his extensive business expertise, scientific education and training, Michael serves as a strong voice and proponent of solar power.

Brigadier General (Ret) Becky Halstead is currently CEO/Founder of STEADFAST Leadership, a leader consultancy company.  Becky is an inspirational speaker, consultant and advisor.  She served in the U.S. Army for 27 years, leading over 20,000 soldiers and 5,000 civilians in Iraq, and commanding eight out of her last 11 years in the Army. She provides logistics and leadership expertise to the Principal Solar team.