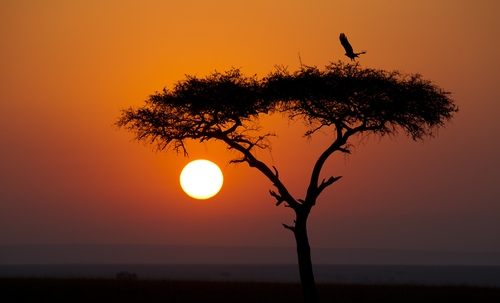 LONDON — The U.K. government plans to spur use of Britain’s green technology and financial expertise for geothermal and wind power projects in Ethiopia, Kenya and Tanzania by tapping billions of pounds of state funds.

Energy and Climate Change Minister Greg Barker said he will head a trade delegation, including 30 executives from 19 U.K. companies, to the East African countries from Oct. 1 to 5. The markets have the potential to develop more than 15,000 megawatts of geothermal power, as well as wind and hydropower, he said.

The low-carbon industry, including renewable generation and energy efficiency, is expected to be worth 4 trillion pounds ($6.5 trillion) by 2015, the minister said, and he wants London to remain the global center for raising “green finance.”

“There’s a huge opportunity here to use the climate change agenda to drive investment and growth,” Barker said. “I’m looking to identify projects where a small investment of money from the international climate funds can trigger much larger flows of private sector capital into these new markets.”

The U.K. will aim to use its 3 billion-pound International Climate Fund to spur private investment instead of relying only on aid to finance low-carbon generation in Africa. Such plans will help developed nations meet a pledge to increase world climate funding to $100 billion a year from 2020, he said.

Development and green charities say $100 billion is too low to help the poorest countries adapt to the ravages of climate change. Oxfam has said the pledge needs to be doubled, while WWF and Greenpeace have said much of the spending should come from states because private investment flows are too unpredictable.

Campaign groups have said an emissions tax on international shipping and aviation would be a potential source of funding.

“We want a more streamlined approach and more clarity from the outset,” Percy said in a phone interview. Cluff is bidding with TransCentury Ltd. (TCL), a Nairobi-based infrastructure company, for a geothermal energy contract in Kenya’s Menengai region.

“The Kenyan, Tanzanian and Ethiopian governments will probably be more familiar with German, Japanese and Chinese companies in these sectors, and I’m very much going out there in order to put U.K. companies on the map,” Barker said.

Developed nations including the U.K. and U.S. pledged in December 2009 to help raise $100 billion a year from 2020 to finance developments that will cut carbon emissions and help poorer countries adapt to the effects of climate change.

A three-year period that sought to plow $30 billion of so- called fast-start finance into climate projects will end in December, and countries at United Nations climate talks have yet to explain how they’ll ramp up aid to meet the 2020 pledge.

“We’re committed to mobilizing that $100 billion figure but the delivery will come from both public and private sector,” the minister said in the interview. “Smart strategic use of public funds can mobilize a much larger amount.”

“More money was raised out of London in the last 12 months to fund international renewable projects than any other financial center,” he said. “I want London to continue to be the pre-eminent center for raising that finance.”