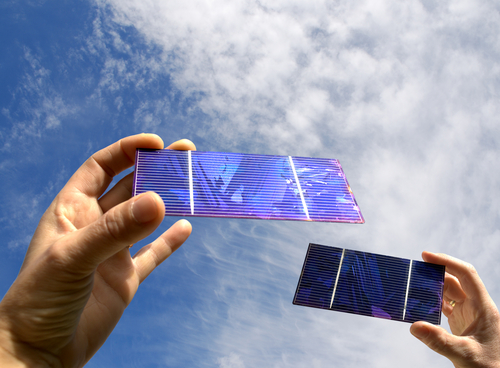 The solar PV industry is sized in different ways, using different metrics by different people and organizations. Most of the time the goal is to come up with a number that reflects positive growth and the bigger the number, the stronger the growth, the better.

When PV manufacturers announce shipments, they are generally trying to call attention to their successes. Unfortunately, when companies announce numbers they seldom describe what those numbers mean.

Announced shipment numbers refer to the cells and/or modules that left the manufacturer’s facility during a calendar year whether or not the cells/modules were produced during that calendar year. Inventory from the previous year — and there is always inventory — is included in annual shipment numbers.

Complicating matters, almost all manufacturers buy at least some cells and modules from other manufacturers and include the outsourced product in their shipment count. This is a common practice in most industries. Manufacturer A buys 1-GWp of cells from Manufacturer B and both report the 1-GWp as coming from their own in-house production. Given the current multi-gigawatt size of the global solar industry, this practice has the effect of oversizing the industry, often significantly.

The manufacturers in Table 1 announced shipments of 17.7-GWp while they had in-house cell capacity of 9.4-GWp. Inventory from the previous year does not account for the difference.

In 2015, Canadian Solar had 4.3-GWp of module assembly capacity and 2.7-GWp of crystalline cell manufacturing capacity. It announced 4.7-GWp of shipments.

Table 2 observes the global PV industry’s capacity to produce crystalline and thin film cells/modules by country and by region. In 2015, manufacturers shipped 51.9-GWp of cells/modules from in-house production while announcing 65.9-GWp of shipments for a difference of 14-GWp. 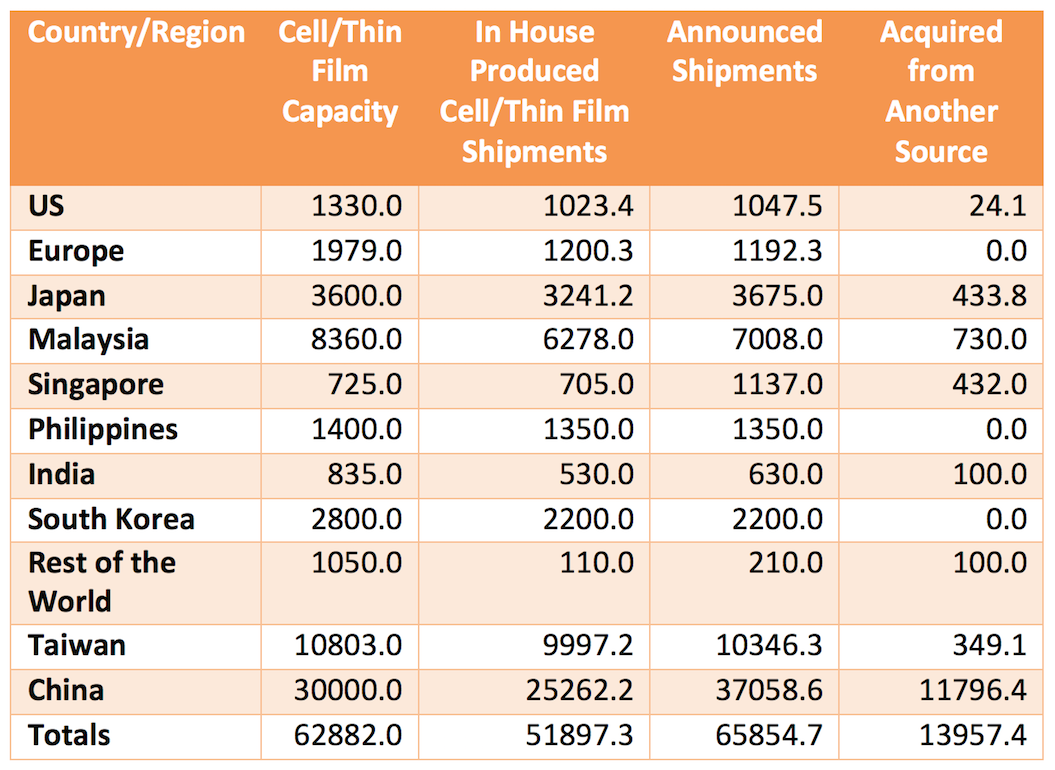 Why is this Important?

The goal of analyzing annual PV industry shipments should be to correctly assess the capability of the industry in terms of capacity and its performance relevant to this capacity. Doing so helps manufacturers plan for capacity increases, assess pricing strategy, and identify trends.

Focusing on announcements and believing only the most optimistic view of the industry’s capability does not help with strategic planning and may result in — even encourage — poor planning.

Who are the top solar module manufacturers according to product shipped? Find out in Paula Mints’ Annual Photovoltaic Manufacturer Shipment report, which you can purchase here.

And don’t miss our March 22 webcast on how to select solar and energy storage equipment in a complicated market. All registrants will receive a discount code for a Paula Mints report. Register at this link — if you missed it you can still register and catch the replay.