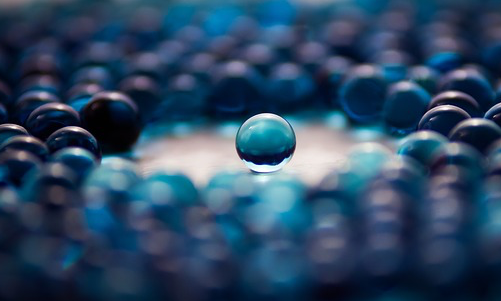 According to Amory Lovins a consultant to Shell Oil for the past 45 years and Chief Scientist and Co-founder of the Rocky Mountain Institute, little attention is being paid to the work that traditional energy companies are doing in the renewable energy industry.

“I think a lot of groups promoting efficiency and renewables are so busy working with innovation and insurgency in the business world that they don’t pay enough attention to the incumbents,” he said during an interview at Shell’s Powering Progress Together forum in Detroit, Michigan at the end of April.

“It’s like a yin-yang balance,” he said, jokingly adding that if you aren’t part of the problem, how can you be part of the solution?

However, fossil fuel companies are well-equipped with the skills and expertise to transition into new business lines, he said.

“These are companies with immense and unique skills, some of which will be useful for a long time.”

Lovins feels fossil fuel companies aren’t transitioning quickly enough and some major players could be left behind if they do not start to diversify very soon.  He named Shell, Statoil and Total as some of the leaders in diversification but believes there is much more that must be done and at a much more urgent pace.  He offered five reasons that these companies are moving too slowly, each of which should serve as a justification to work on the necessary organizational, cultural and business model changes that fossil energy companies much make in order to be part of the renewable energy revolution.

1. Their business model is upside down.

Fossil fuel companies are too focused on selling a product (molecules) instead of a service (mobility or comfort), said Lovins. If they realized that as customers become wiser to how to use energy more efficiently, fossil fuel companies will continue to lose revenue.

“Whereas its [fossil energy organizations] costs would go down if it sold services. You clearly would rather lose costs than revenues.”

Understanding that you are selling a service instead of a product demands a large cultural mind-shift and complete upheaval of a business model, but it isn’t impossible, said Lovins.

2. The transition to renewables is happening faster than expected.

Lovins pointed out the dramatic fall in renewable energy prices for electricity. Dong energy’s recent bid for offshore wind at the market price for electricity is just one of many examples he gave.

Just as the transition from horse and buggies to automobiles took just over a decade (In only 13 years, the Easter Day parade in New York City went from one dominated by horses and buggies to one in which there we no horses of any kind to be seen), the transition to renewable energy could be much swifter than companies realize.  Lovins predicted that there will be more EVs on the road than internal combustion engines in 10 years.

Lovins believes that the emissions leaked through incomplete combustion of methane gas create an existential threat for natural gas companies.

“The methane slip — that is, total release end to end — has to be drastically and urgently reduced otherwise even natural gas is worse than coal, possibly by several fold, in its climate impact,” he said adding “and if that turns out to be the case, as the evidence is starting to show, these companies won’t be allowed to operate for long.”

4. Hydrocarbons are worth more without the carbon.

While he acknowledged that many companies have a hard time understanding it, Lovins said that even if there is no remuneration for keeping carbon out of the air, the hydrogen in the hydrocarbon is typically worth more without the carbon than with it.

“Therefore you can make more money taking hydrogen out in a reformer than putting hydrogen in in a refinery,” he said.

Lovins has presented these findings and shown his calculations to various oil majors he said.

“But then it’s such a radical idea they can’t quite get their heads around what to do about it.”

Take a step back and look at the fundaments of selling oil. According to Lovins:

You are in a very capital intensive, long lead-time extractive industry, which is unpopular, politically fraught, the governments around the world own or have taken away (taken back) 94 percent, roughly, of the reserves leaving for the industry the 6 percent that is the most costly, difficult, and risky. At the same time the shareholders are demanding higher returns and lower risks. The business is very much at risk from factors it cannot control and is a price taker in a volatile market. I could list another dozen attributes but if you look at the basic properties of this business, you would say, ‘why would you want to be in a business like that? It’s nothing but headaches.’

Overall it’s clear that some companies like Shell are thinking about the future of energy. Lovins wrote a paper for the company about how energy efficiency could be their demise and the paper was published in a book that readers can access here. But the bottom line is that underinvestment in innovation and analysis of the future could lead to great problems down the road, he said.

One option for diversification in the U.S. is entering the emerging offshore wind industry. To learn how your company can get involved, register to attend the Offshore Wind Executive Summit in Houston, TX, August 9-10.