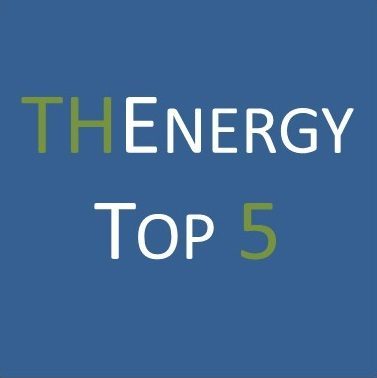 In Indonesia, Akuo Energy and Millennium Challenge Account Indonesia (MCA) have commissioned three solar plus battery power plants with a combined solar capacity of 1.2 MWp and storage capacity of 2.1 MWh. The off-grid plants will provide 24-hours access to electricity for 400 households and 41 public facilities in the villages of Merabu (311 kWp), Long Beliu (518 kWp), and Teluk Sumbang (414 kWp) in Berau Regency of East Kalimantan Province. The renewable energy penetration reaches 100 percent during the first years of operation until the load growth in the villages requires the use of small diesel gensets a few hours a day. Over the lifetime of the project, 80 percent of the energy will come from solar. The off-grid systems are in possession of the village-owned company BUMDes and operated with the help of Akuo Energy. Pre-paid meters have been installed in each building and the generated electricity is sold at a price on par with the unsubsidized tariff of the national utility PLN.

Eric Scotto, Chairman of Akuo Energy, adds: “We are very proud to bring hybrid minigrids to some of the remotest villages of Indonesia and help foster the local economy with the supply of clean energy as well as the implementation of social impact programs. The financial support from MCA has been a key enabler as these rural electrification projects still require some level of development financing.”

Large-scale solar-diesel hybrid in the Philippines

The Sabang Renewable Energy Corporation (SREC) will break ground in Palawan its first hybrid power plant with a microgrid to provide power to Sitio Sabang, Barangay Cabayugan. The hybrid power plant consists of a 1.4-MWp solar PV with a 2.3-MW battery storage system and a 1.2-MW diesel generator.

ABB announced it has commissioned India’s first industrial solar microgrid at its Vadodara manufacturing facility in Gujarat. The containerized microgrid installation in Vadodara includes a 600 kW rooftop solar PV field and a battery energy storage system (BESS). The Vadodara factory is ABB’s largest facility in India with over 3,000 employees and among its biggest manufacturing hubs in the world.

IBC SOLAR and its Moroccan partner company SEWT (Sun Energy and Water Technologies) have delivered and installed an off-grid PV hybrid system with a capacity of 126 kWp ordered by the National Moroccan Fishery Office (Office National des Pêches – ONP). The system also consists of batteries and diesel generators and is located in Aftissat, a fisher’s village in the province of Boujdour (Southern Morocco). With an annual production of 233,000 kWh, the system is able to cover the daily energy needs of the fisher’s village every day of the year. Refrigeration, cold storage units, shops and domestic infrastructure constantly consume around 600 kWh electricity per day. The PV hybrid system has been designed for autonomous self-consumption and helps to reduce diesel costs by 95 percent and CO2 emissions by 99 percent. The whole system is PV centralized, therefore diesel generators are still part of the system but only needed as a back-up in times of low irradiation or low batteries.

Udo Möhrstedt, CEO and founder of IBC SOLAR AG, explains: “Solar energy plays a key part in Morocco’s national energy strategy aiming to achieve a 50 percent contribution of renewable energy to the country’s energy mix by 2030. More than 2,000 MW of solar capacity will be built as part of several programs including CSP and PV systems. The potential of hybrid solar PV-diesel systems is immense for a large part of the country in remote areas not connected to the national electric grid.

The first solar plant has been completed on Mitiaro Island. It was designed to supply all the power needs of the island. These new solar plus battery projects in the Cook Islands demonstrate how off-grid regions can escape reliance on diesel generators. All inhabited Cook Islands are the target of renewable energy projects. The Australian company Entura has been instrumental in making this happen for the Cook Islands.