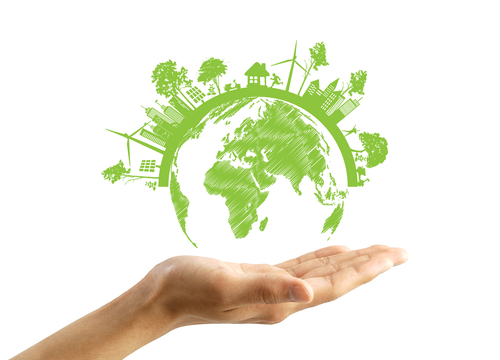 A growing number of companies, cities, states and countries are aiming for, and achieving, a goal of obtaining power from 50 percent, 75 percent or even 100 percent renewable energy, thanks, in part, to a set of major developments that are enabling the resource shift, according to a new report from Clean Edge.

Commissioned by SolarCity, the report Getting to 100 discusses what is driving the transition to increasing levels of renewable energy consumption and identifies the successes and challenges of both governments and companies in targeting, and/or achieving, 100 percent renewable energy goals.

According to the report, these five developments are supporting the trend toward higher penetrations of renewable energy:

The proliferation of ever-cheaper distributed solar generation – residential, commercial and community – is a key driver toward the 100 percent renewable energy goal, according to the report.

“The cost curves are undeniable,” the report said. “The plummeting prices of solar panels have been well-documented, but the industry has recently been attacking balance-of-system costs and so-called soft costs (such as marketing, customer acquisition, permitting, and installation) as well.”

The bottom line is that installed costs of solar PV systems around $3 per watt in the U.S. today will plunge around 40 percent to less than $2 per watt by the end of 2017, according to Deutsche Bank projections.

A 100 percent renewable energy goal is not attainable without significant megawatts from utility-scale plants tapping wind, solar and hydropower resources, according to the report.

“Fortunately, wind and solar farms have soared in both capacity and generation output over the past decade, and are now viewed by dozens of utilities as key components of the energy mix, as hydro has been for decades,” the report said. “Along with natural gas, they are the fastest-growing segments of utility-scale generation.”

In the U.S., utility-scale wind and solar accounted for 47 percent of all new generation capacity that came online in 2014, and for nearly 70 percent of new capacity in the first half of 2015. In addition, the report said that most companies with 100 percent renewable energy goals are procuring at least some utility-scale wind.

The energy storage industry has begun to boom, thanks to technological innovations in batteries and economies of scale that have dropped storage’s price to the point where businesses, utilities, governments and even some individuals can afford it, according to the report. When paired with intermittent renewable resources, energy storage is providing a cost-effective resolution to the challenge of putting those resources on the power grid.

“Any way you slice it, storage has really begun to take off,” the report said. “Although about 80 percent of U.S. energy storage is still the traditional pumped hydro storage method, newer technologies, mostly batteries, are where the growth is.”

The report also noted that public policy has had an important role in the energy storage boom, with states from Hawaii to California to Vermont stepping up their renewable portfolio standards and opening the door for more storage to be used to inte­grate renewables.

“Radical efficiency” on the demand side is critical to achieving a 100 percent renewable energy goal, according to the report, which noted that net zero energy (NZE) buildings are at the leading edge of the green building movement.

“An NZE building fully powered by renewables is 100 percent renewable energy by definition, and most leading NZE projects are indeed powered by onsite clean energy resources,” the report said. “In re­cent years, NZE buildings have grown from a handful of small academic locations, or environmental group offices of less than 15,000 square feet, to large-scale com­mercial facilities.”

While NZEs currently make up only a small part of the building sector, the report said that that status will change in com­ing years, as major new building mandates take effect in the U.S. and overseas. The European Union, for example, has mandated that all new public buildings must achieve “nearly zero” energy status by the end of 2018, and that all other new buildings achieve the same goals by the end of 2020. In addition, sweeping new building code mandates in California known as Title 24 took effect in 2014. Those mandates require net zero status for all new residential construction in the state by 2020 and for all new commercial buildings by 2030.

An intelligent, two-way electric grid is tying together the ongoing developments in utility-scale generation, distributed generation, energy storage and efficient buildings, according to the report.

“Increasing penetration of renewables, distributed renewables, storage devices, electric vehicles, and devices both ‘smart’ and ‘dumb’ all require an electric grid that is decentralized, more responsive, provides more information, and allows for two-way flows of energy that our current grid does not provide,” the report said. “Fortunately, investments in smart grid technology and deployment are on the increase.”

At the heart of the smart grid’s growth are smart meters and microgrids. According to research by Clean Edge, based on U.S. Energy Information Administration data, about 37 percent of all electric meters in the U.S. are now smart meters. In addition, Navigant Research estimates that microgrid capacity will grow to more than 4 GW by 2020, from just 685 MW in 2013.