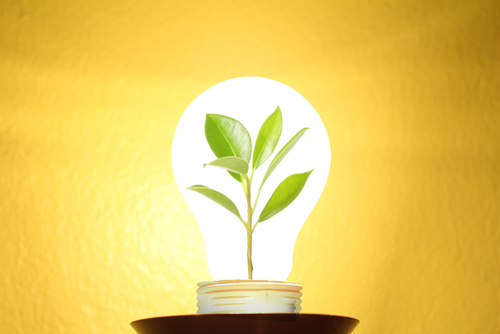 In 2015, the industry made landmark strides in the eventual global transition to a sustainable energy future. This year will be seen as the pivotal point in a huge political, economic and social move on an unprecedented level. In the mid-1970s, I would talk about this time under essentially disbelieving and scornful policymakers who were incredulous that a world could exist without the portfolio of fossil and nuclear fuels.

Stefan Nicola of Bloomberg reported in March 2015 that “investors spent more than $2 trillion on clean-energy plants in the past decade and last year added more renewable capacity than ever before. The $270 billion spent in 2014 on renewable technologies such as wind and solar reversed a two-year dip in investments and brought in a record 103 GW of clean-energy power generation, according to a report released by the United Nations Environment Program, the Frankfurt School and Bloomberg New Energy Finance. ‘In 2014, renewables made up nearly half of the net power capacity added worldwide,’ Achim Steiner, UNEP’s executive director, said in a statement.”

The U.S. has installed a total of 4.378 GW of wind power and 1.495 GW of solar power generation capacity in January-November 2015, boosting its cumulative non-hydro renewables capacity to 104.3 GW. A 46.7 percent rise in wind power installations during the 11-month period, the total non-hydro renewables deployment in the U.S. in January-November 2015 increased to 6.175 GW from 5.886 GW in 2014.

No. 8 – Significant Studies on Max Renewables and Efficiency & Storage

Virtually all of the renewable energy resources are approaching grid parity, and one such study released this year exemplifies that change: Utility-Scale Solar Prices Decline 50% Since 2009 and Reach Cost Parity with Natural Gas at 5¢/kWh on Average. Read the September 30, 2015 article from the Lawrence Berkeley Laboratory here.

This year started the accommodation that clean energy should have no ideological opponents (and see #9 as well). Republican Sens. Kelly Ayotte, Mark Kirk, Lindsey Graham, and Lamar Alexander launched “a new informal coalition … in an effort to broaden the Republican conference’s approach to environmental policy.”

In a report released in 2015, the International Renewable Energy Agency said that by January 2015 more than 7.7 million people were employed by the renewable energy industries. In addition, The Solar Foundation reported in January 2015 that solar jobs grew 22 percent and have reached 173,807, more than 75 percent more than U.S. coal jobs.

High profile climate researchers, U.N. Secretary-General Ban Ki-moon, and church officials gathered at the Vatican for a conference on climate change. It’s Pope Francis’s latest effort to raise the profile of the issue among churchgoers, and it’s sure to make some Catholics hot under the collar. On June 18, 2015, Pope Francis released his long awaited Encyclical on the environment, called “Laudato Si (Be Praised), On the Care of Our Common Home”. It’s an open letter to shape Catholic teaching globally about humanity’s universal responsibility to “care for our common home” and tackle the root causes of the greatest interlinked challenges of our time: climate change and poverty. The letter opened the doors of official statements by leaders of almost every major religion on the planet.

In October 2015, the California Public Utilities Commission upped the ante on energy storage, unanimously approving a mandate that requires the state’s three largest investor-owned utilities to add 1.3 GW of energy storage to their grids by 2020. And on Jun 11, 2015, Hawaii Gov. David Ige signed a bill that sets the state’s renewable energy goal at 100 percent by 2045 – the first such State to strive for the 100% goal.

The Omnibus Budget Bill passed and signed by the President in December, providing that the 30 percent Investment Tax Credit (ITC) for solar will be extended for another three years, and then ramp down incrementally through 2021, and remain at 10 percent permanently beginning in 2022. The 2.3-cent Production Tax Credit (PTC) for wind will also be extended through 2016. Projects that begin construction in 2017 will see a 20 percent reduction in the incentive, and then the wind PTC will drop 20 percent each year through 2020. And extended through 2016 will be a range of energy efficiency measures, including energy efficient commercial buildings deduction. The provision extends through 2016 the above-the-line deduction for energy efficiency improvements to lighting, heating, cooling, ventilation, and hot water systems of commercial buildings. And extension of several biofuels provisions including Extension of second generation biofuel producer credit through 2016 the credit for cellulosic biofuels producers, as well as the extension of biodiesel and renewable diesel incentives. The provision extends through 2016 the existing $1.00 per gallon tax credit for biodiesel and biodiesel mixtures, and the small agri-biodiesel producer credit of 10 cents per gallon, including a provision that also extends through 2016 the $1.00 per gallon production tax credit for diesel fuel created from biomass.

Tim Profeta of Huffington Post reported in December that “the first pact to commit all countries to cut carbon emissions—the Paris Agreement—was signed by 195 countries in LeBourget, France, on Saturday. Some aspects of the agreement, which will go into effect in 2020, will be legally binding, such as submission of emissions reduction targets and regular review of progress toward them. However, the targets themselves will not be binding.

“The agreement contains these key points:

“Previous United Nations talks had called on developed economies but not developing ones to mitigate greenhouse gas emissions. The new accord, in the works for nine years, requires action in some form from every country, rich or poor.”

Want to learn solar basics from expert Scott Sklar? Sign up for our Solar Power 101 course that focuses on the solar market in the United States and covers everything from how the technology works to how solar power systems are created, financed, developed, and maintained over their 20- to 30-year lifetime. Find out more information here.