More
Home Storage Infrastructure To Be a True Climate Leader, California Must Show the World How... 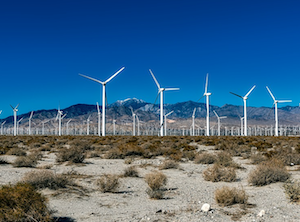 California is a renowned global leader on climate and clean energy policy, but risks becoming a follower and falling short. To achieve the state’s long-term deep greenhouse gas reduction goals and to continue setting the strong example the rest of the world needs, California must set a clear target to end fossil fuel dependence and transition to 100 percent renewable, non-polluting sources for all energy uses by mid-century.

California is home to the 6th largest economy in the world and admirably has the only legal requirement among the top six to reach deep greenhouse gas reduction targets through 2050 without continuing to use nuclear power. To reach the 2030 reduction target of 40 percent below 1990 levels, the state’s climate law SB350 laid out an integrated path that includes a 50 percent renewable portfolio standard (RPS), a 50 percent energy efficiency increase, distributed generation, transportation electrification transportation, and other important provisions.

To reach California’s deeper 2050 greenhouse gas reduction target of 80 percent below 1990 levels, however, the state currently has no parallel multi-sector clean energy binding law in place. It needs one to send the right signals and ensure success.

An obvious place to start is committing to cover 100 percent of electricity generation with renewable and carbon free sources. By law, California already has to get 60 percent of the way there by 2030, considering the 50 percent RPS, plus legacy large hydro and distributed renewable generation like rooftop solar. Given the rapid rise of renewables, which made up only about 10 percent of state power generation in 2004, the increasing number of California local cities and corporations seeking to procure 100 percent renewable power, as well as the dramatic cost drops of renewable electricity and complementary technologies like storage, completely decarbonizing the power sector in the next couple decades is doable, if California commits to that task. The California Public Utilities Commission reports that state utilities may actually already be on track to reach the 50 percent RPS a decade early, and meanwhile, clean energy is an economic engine that employs half a million people statewide.

By going 100 percent renewable and emissions free for electricity generation, California can unleash the full potential for clean energy to decarbonize other sectors, including transportation, which is by far the state’s biggest carbon emitter. California is the nation’s frontrunner on zero emissions battery and fuel cell electric vehicles, and 100 percent fossil free electricity for powering batteries or electrolytic hydrogen production will ensure that those vehicles are zero emissions from well to wheel.

The world looks to California for leadership on 100 percent renewable energy. This week, senior experts from across the Americas and Europe will gather at the University of California, Berkeley for the 3rd Pathways to 100 percent Renewable Energy conference, which is the original forum in the country to discuss how to transition to all renewable energy systems across sectors. The state has also brought together hundreds of subnational governments to join California on ambitious climate and clean energy related agreements.

Now is the time for California to be both thought leader and also to actually demonstrate how to be the first large economy to tie a long-term carbon free energy mandate to its ambitious deep greenhouse gas reduction law. With polar sea ice melting to record low levels and climate change deniers in Washington, the fate of the world has never depended more on California leading the way.

Angelina M. Galiteva (left) is the Founder and Board Chair of Renewables 100 Policy Institute an organization dedicated to accelerating the global transition to 100 percent renewable energy. In 2011 Ms. Galiteva was appointed by Governor Jerry Brown to the Board of Governors at the California Independent Systems Operator (CAISO), one of the largest transmission operators in the United States. In 2018, she was voted to become Vice Chair of the Board of Governors. Ms. Galiteva also serves as Chairperson of the World Council for Renewable Energy (WCRE) and is a Board Member of the Global Clean Energy Desalination Alliance.

Diane Moss (right) is a Founder and Director of the Renewables 100 Policy Institute. She is also Founder and Owner of dima Communications & Strategic Partnerships, where she is an independent consultant focused on energy policy, government relations, and sustainability related communications and campaigns, and has served as a consultant to a broad range of entities from the non-profit, clean tech, and utility sector, among others. In 2017, she served as a South Coast Air Quality Management District Board Member consultant to Los Angeles County Supervisor Sheila Kuehl.