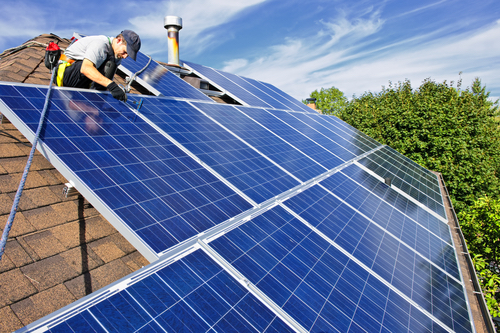 It is not always good to be first. Last June, San Diego Gas & Electric (SDG&E) was the first utility in California to hit its net-metering cap and move to Net Energy Metering 2.0 (NEM 2.0). Now, SDG&E will again be the first utility to start the shift to time-of-use (TOU) period, effective on Dec. 1, 2017.

Under California Public Utilities Commission (CPUC) approval on August 24, SDG&E will shift its summer peak time to 4 p.m. to 9 p.m. from the current 11 a.m. to 6 p.m. 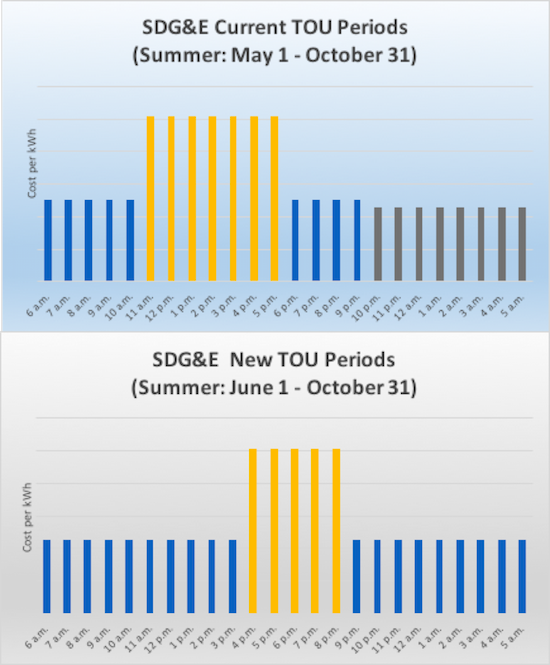 The new TOU periods are supposed to help align rates more closely with the cost of service as well as help mitigate the infamous Duck Curve. According to the CPUC, the implementation of TOU rates should provide customers with the incentives to shift some of their peak usage to off-peak times of day when it will be cheaper to do so. This should result in a more efficient grid and lower bills in the long run.

Will solar customers be able to lower bills too?

As part of the transition to NEM 2.0, solar customers are moved from a tiered-rate structure to a TOU rate structure. At that time, some regarded TOU rates as opportunities since customers get compensated higher credits during solar peak production.

However, under the new TOU period, credits earned by solar power in midday would be less valuable than they are now while power purchased from the grid in the late evening would become more expensive.

Local and regional installers, who just went through the shift from NEM 1.0 to NEM 2.0 last year, now are urging potential solar customers to “act now!” to lock in the current TOU period.

According to Tara Kelly, director of community development at Sullivan Solar Power in San Diego, NEM 2.0 customers who switch to TOU before the deadline (Nov. 30, 2017) can get five years of grandfathering into the current, on-peak windows.

However, on and after Dec. 1, rates that use legacy TOU periods will no longer be a rate option available for new solar customers. One local installer described energy storage as “a mandatory piece of the puzzle” and another installer said “[the new] TOU [period] will jump-start the energy storage industry in San Diego.”

Adding energy storage will allow solar energy to be stored during the day and discharged later, avoiding drawing energy from the grid in the evening.

Storage systems are not limited to lithium-ion batteries. Ice Energy, the leading provider of distributed thermal energy storage solutions, provides behind-the-meter thermal storages, which can replace home air conditioning units. Solar-plus-ice storage systems can optimize the usage of solar power to make ice during the day. It then uses the ice to cool the house during the evening peak period, avoiding potential higher monthly bills. 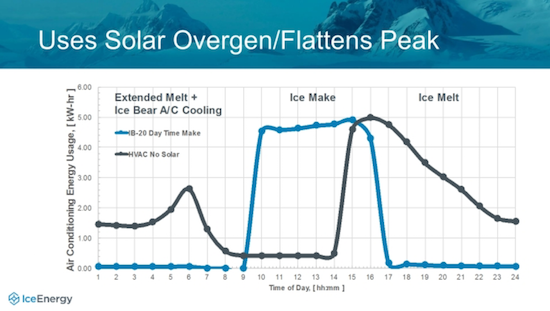