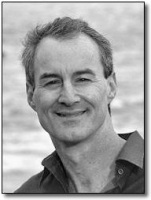 Thirty years ago, many Americans spent hours at a time lined up at gas stations waiting to purchase scarce gasoline for their cars. OPEC, the association of major oil-producing countries, imposed an oil embargo on our country because of America’s support for Israel during the 1973 war with Egypt and Syria. The six-month oil embargo led to huge increases in gasoline and energy prices as well as fuel shortages across America. A 1974 report by the Federal Energy Administration concluded that the embargo cost America hundreds of thousands of jobs, sharply increased inflation rates and cost billions of dollars in reduced economic output. In an effort to influence America’s foreign policy decisions, OPEC wielded a potent weapon that proved how our reliance on imported energy placed our economy and American jobs at risk.

April 26, 2004 – RE Insider – Three decades later, with America’s domestic energy reserves declining and our energy imports increasing from 28 percent to 60 percent, America is even more dependent on Saudi Arabia and its four neighbors, which collectively possess two-thirds of the world’s proven oil reserves. A recent issue of Economist Magazine reported that “according to one American government estimate, OPEC has managed to transfer a staggering $7 trillion in wealth from American consumers by keeping the oil price above its true market-clearing level.” Adding the rapidly growing demand of the economies of China and India into the equation only exacerbates upward pricing pressure on this finite resource. Our addiction to imported energy affects more than our economy. An ocean of money is financing the regimes of Middle Eastern and African dictators. These petro-tyrannies not only suppress and stifle their societies, but they foment the expansion of global terrorism. The privileged of these societies live in opulence while millions of their citizens live in conditions of poverty, frustration and hopelessness. The disaffection and alienation of many of the youths of these countries creates an enthusiastic cadre of disciples for those who preach jihad and hatred against Western democracies. Massachusetts and America felt the brunt and product of this curriculum when terrorists boarded two planes at Logan International Airport and crashed them into the World Trade Center with a tragic loss of innocent lives. With each nightly newscast, we view the deaths of or risk to American and Coalition soldiers, humanitarian workers and Iraqi citizens trying to rebuild a country that was held in the grip of a dangerous and homicidal regime whose arms, secret police and power were financed through oil exports. We are awakening to the realization that the first oil embargo and our dependence on OPEC’s energy caused more than the social inconvenience of block-long gas lines. OPEC and its members can move our economy, military and policies to risky and dangerous territories. We are also confronted with the fact that one of America’s most costly leadership and policy failures is that we have exposed our country to this growing vulnerability and have failed to implement a consistent and determined policy toward achieving energy security and independence. While Congress struggles to pass a much-needed energy bill, citizens are stuck with rising energy costs, continuing geopolitical instability and a growing consensus on the negative environmental impacts of global warming and climate change. Breaking our dependence on the OPEC cartel means we cannot continue to focus solely on increasing oil supply or spending billions on OPEC-sourced liquid natural gas. America must embark on an alternative energy path of domestically generated wind, solar and geothermal energy. We must also develop hydrogen fuel cell technology, practice energy conservation and significantly increase automobile fuel economy standards. Our government could create a revenue-neutral shift in tax policy by reducing income tax and implementing a carbon tax in order to encourage conservation and capture the external costs of burning fossil fuels, namely health and environmental degradation and national security expenditures. These policy shifts would not only put renewable energy on a level playing field, they would catalyze hundreds of thousands of new jobs, lead to lower energy costs and increase our energy independence while producing a healthier environment. Turning down the spigot of OPEC oil will also enhance the West’s efforts to plant the seeds of democracy in the Middle East by encouraging a diversification away from oil-royalty-based corruption, economic stagnation and authoritarianism and toward wider entrepreneurialism and freer societies. Middle Eastern and African leaders could greatly enhance hope and security around the globe by rekindling a merchant middle class, rather than supporting madrasas schooling terror. We’ve connected the dots of America’s reliance on OPEC’s oil; it is now time to take the necessary actions to embark on a sustainable energy path for a secure and prosperous future. This article was originally published January 2, 2004 in the Boston Business Journal and was reprinted with permission from the Author. About the author… Jim Gordon is president of Cape Wind Associates, which has a proposal under review for an offshore wind farm in Nantucket Sound.