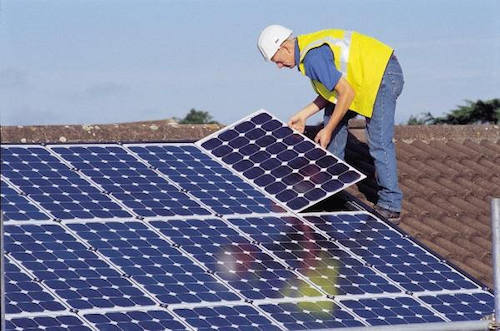 Just a few short years ago, the UK was being touted as one of the leading countries for producing and developing a solar PV infrastructure. Subsidies were beneficial, the industry was growing and, despite a few objections over the odd solar farm location, everything was looking rosy in the renewables garden.

Now, as we approach the back end of summer 2016, we’re faced with the possibility that the solar industry could fast be approaching a cliff face, with many believing that the UK has reached a point of no return.

What a Difference Two Years Make

A report produced by KPMG in July 2015 suggested that solar PV was by far the most popular source of renewable energy in the UK and that there was real optimism that grid parity with fossil fuels would be reached at some point, sooner rather than later. But the report also warned:

“Phasing out subsidies for PV requires a transition plan to avoid a ‘cliff edge.’ The UK Government needs to consider a managed transition away from subsidies over a five-year period and beyond, rather than the immediate cessation of support that will result in job losses and industry consolidation.”

The support for solar and other renewables depended largely on the availability of reasonably generous Feed in Tariffs (FIT). These provided payments for businesses and homes that installed solar panels on their roof tops and, as the tariffs stood, provided a good return on investment for many. It led to solar becoming a growth industry and prompted a large number of domestic and commercial, installations across the UK.

Towards the Autumn of 2015, however, following on from the Conservative Government’s election as a small majority, rumours began to spread that subsidies for renewables were going to be cut dramatically. Then, in January, 2016, almost 65 percent was chopped off the FiTs for solar and wind, leading to a prophesy of much doom and gloom within the industry.

Job Losses in the Solar Industry

By the middle of June 2016, the Guardian was reporting that the UK solar industry had lost almost half the jobs it had prior to the cut, with a number of companies going into administration. The single biggest impact was felt by one company, The Mark Group, which had to make almost 1,000 staff redundant. The Solar Trade Association said that the effect has been dramatic, some would say cataclysmic, with almost 18,000 jobs lost across the industry in less than a year.

There’s no doubt that the impact has been far reaching and many in the industry believe that the slashing of FiTs has been solely responsible. No one disputed the fact that subsidies would have to be reduced, it’s the pace with which it was done that has caused such great consternation and uncertainty in the industry.

It’s all the more galling for many renewables advocates when you consider the level of subsidies that the fossil fuel industry still enjoys today. The solar industry now has to take another look at its business models to see if it can survive.

The reason the Government gave for the cuts was that solar prices had come down considerably in recent years and that it was now time for the industry to stand on its own two feet. They seem less concerned about the thousands of jobs that have been lost in the meantime, another double standard that many in the industry see as unfair. While much effort seems to be put into saving jobs in our steel industry, no one in political power seems to care about solar.

Are Contracts for Difference Working?

One other problem across the renewables industry is whether the Government’s Contract for Difference scheme, where companies have to bid for large projects and offer competitive rates on the energy they produce, are really going to work. While one project for a 11.94 MW solar farm at Charity Farm run by the company Lightsource has just gone online, another two have had to be shelved because the winning bid companies have suddenly decided they are not viable at all.

The hope is that, though the growth may be slower, the solar industry will settle and find new models to propel it forward into the next decade. With coal-fired power stations due to be closed and nuclear increasingly looking like a bad financial choice, the Government may have missed a trick with solar. As research and development institutes around the world work to develop industrial scale batteries that could solve the perennial problem of renewable power storage, we could have further built up the infrastructure rather than having it prematurely stalled by a Government that once famously complained about “all that green crap.”

The news is not all bad in the UK. There are projects in development, including a new solar farm in North Wales at Kinmel Bay that covers some 100 acres and will provide power to around 5,000 homes when completed. The big worry though is that the UK will continue to fall behind in the growth of renewables following their Brexit decision and without the overarching influence of the EU’s carbon reducing and clean energy legislation.

In the meantime, models will change, things will slow, but hopefully the solar industry will survive and once again begin to prosper. The question is whether that will happen in time to make a difference.