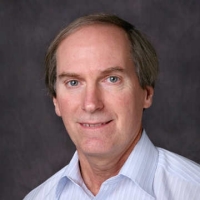 Here is a little-known historic event: the first-ever grid-tied photovoltaic (PV) system in the U.S. was powered up in 1979 on the University of Texas campus in Arlington. I was a young engineer at the MIT Lincoln Laboratory then, and was sent to document that system’s birth. As I recall, the initial operation of that inaugural PV system garnered little attention. In retrospect this was truly a momentous occasion, offering a faint glimpse of a very bright future.

In the 30 years since, a global solar industry and $37b market have emerged, and a staggering 15,200 MW of PV installations have been installed worldwide.  Equally astonishing is that very little about the basic design of PV systems has changed. Virtually all those PV MegaWatts are generated by systems very similar to that first cobbled-together PV project in Texas:  an array of PV modules at high DC voltage, connected to a central inverter where the DC power is converted to utility-compatible AC.  However, at long last a bona fide revolution in PV systems is underway

We are entering the new age of PV systems and it is all about micro-inverters and ultimately, fully integrated PV modules that directly produce AC power.  The idea of combining a standard PV module with a small DC-to-AC inverter, or micro-inverter, occurred first in the early 1990s as a concept to simplify PV systems.  Today, AC Modules are the next frontier for PV technology and for very good reason.

Most everyone knows that the market for PV systems, whether residential, commercial or utility-scale, has grown at a break-neck pace over the past decade.  Now, with the challenge of solving climate change and the visible implications of energy policy on national security, the PV market’s growth seems inevitable.  As this market expands to all corners of the world, a PV technology that is simple to understand, safe to work with, modular and scalable, and above all reliable –  will make this rapid growth possible.  Therein lays the compelling nature of AC Modules.

What are the advantages of an AC Module, that is, a PV module with an integrated micro-inverter?  In short, the advantages are Performance, Modularity, Simplicity, Intelligence and Reliability.

The energy production advantages of micro-inverters and AC Modules compared to traditional systems are real.  First, PV modules are not identical:  they naturally vary in voltage, current and power.  Today, modules are wired in series strings and the central inverter must find the operating voltage yielding the greatest output.  While central inverters optimize the group, individual PV modules will not be at their optimal operating point.  Accordingly, energy losses of a few percent are attributed to “mismatch” between PV modules.  In contrast, each AC Module operates at its optimal voltage, maximizing output and eliminating mismatch losses.  Such mismatch arises routinely from events like shading or soiling, and more permanent effects such as when PV modules degrade differently over their lifetime.

One constraint imposed by today’s PV systems is the limited options for sizing a PV system.  Central inverters have discrete power ratings, and dictate the PV array size that can optimally be connected.  This limits system designers to first determine the ideal match between PV modules and the central inverter and then fit these modules onto the roof.  Further, there are wiring considerations, and tradeoffs between the most convenient physical layout vs. the simplest wiring layout.  Once again, AC Modules solve the problem and neatly avoid these struggles.  Since each AC Module is a complete and independent PV system, an installation can use as many AC Modules as desired, to make a PV system of any size. The AC Module makes it possible at last for the market to enjoy the most fundamental and long-heralded advantages of photovoltaic technology — true modularity.

Have you ever done any of your own household wiring?  Installing  a new branch circuit, from a new circuit breaker in the panel to an outlet for a major appliance like a clothes dryer or stove, is not a difficult or costly task, whether you round up the parts at Home Depot and do it yourself, or hire a professional.  With the AC Module there are two basic installation steps:  anchor the solar panels to the roof, then run a dedicated branch circuit up there to meet them. It is that easy.  Even before the installation, the only design step is to determine how many AC Modules one wants in the system, and it simply does not matter how many because any number can be installed.  This is how simple photovoltaic systems can and should be.

As if the case is not already made, I offer you the final compelling feature of the AC Module:  intelligence.  In an AC Module, each module now has sensing and computing functionality as part of its micro-inverter, which unleashes the potential for unprecedented performance monitoring and self diagnosis of performance-related phenomena.  For example, AC Modules can not only keep track of routine performance such as energy production, but can also detect and diagnose transient shading events, snow cover, and even soiling or degradation over time.

I firmly believe that reliability is far and away the single, most important attribute for a micro-inverter, and the key enabler for all the compelling advantages of the AC Module.  In short, a micro-inverter that can match the 25 – 30 year useful lifetime of a PV module will make this revolution in system technology possible.  Micro-inverters are decidedly less accessible than a central inverter, owing to their location beneath, or secured directly to a PV module.  Accordingly, micro-inverters are held to a higher standard of reliability, and rightfully so.

A revolution is underway in the technology of PV systems, and the signs of it are everywhere to be seen with numerous companies pursuing micro-inverters and AC modules.  Clearly, in a sustained and growing marketplace, room exists for many players and clever new ideas.  One idea that is here to stay is the AC Module.

Miles C. Russell is Co-founder, CEO & President of GreenRay Solar.  He is responsible for company management and product development. He was formerly Director of Systems Development at Schott Solar. During his 32 years in the PV industry, he generated the concept for the SunSine™ AC module, led the design of several mounting systems, and successfully grew and managed a small business.  Mr. Russell has been involved in PV systems research, design and development continuously since July 1977, when he joined the engineering staff at the Massachusetts Institute of Technology Lincoln Laboratory (Lexington, MA).  Miles holds an MS in Mechanical Engineering from Stanford University.