More
Home Baseload The Opportunity of the Commons 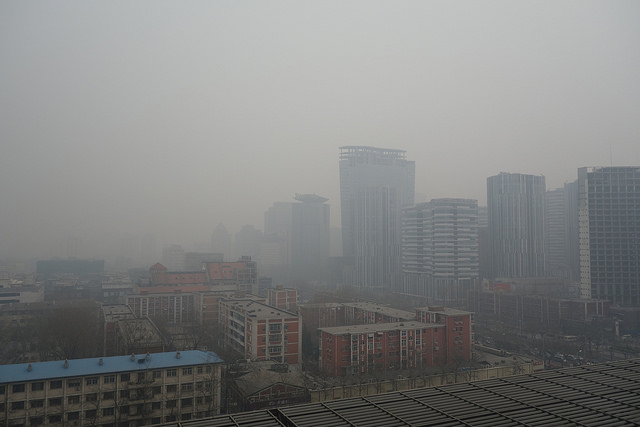 The theory of the tragedy of the commons holds that those driven solely by self-interest will act to the detriment of the common good. One simple illustration is the depletion of fisheries by unregulated overfishing. Our industrial history also demonstrates the principle. Capitalism’s quest for maximized profit made industry race to the bottom, seeking places that allowed production at its lowest immediate cost. Now, those economies that prospered from that race are recovering from its impacts. The opportunity in the commons is global recognition of the competitive advantage in efficiency.

When the American Industrial Revolution began, there were no labor or environmental controls on manufacturing. For over a century, production and profits escalated while costs to labor and our environment went unaccounted. In the early 1900s state labor laws began to regulate practices like children in the workforce. In response to those laws, manufacturers moved to more permissive states for cheaper labor. Not until the late 1960s and 1970s did federal laws ensure that polluters take responsibility for their impacts on our air, land, and water. In response to those standards, industries moved overseas to produce without the burden of environmental restrictions. New laws like the Comprehensive Environmental Liability and Recovery Act (CERCLA) forced industry to even take responsibility for the remediation of hazardous wastes long after they had been discarded. Ignoring the costs had not made them go away. As manufacturers took on more burden for such costs, citizens feared waning American competitiveness.

Much of our industry ended up in places like China where cheap labor and permissive environmental laws fired low cost production. Where did that migration leave those places? Struggling to clean up the messes. Remember the consternation around air and water quality conditions during the 2008 summer Olympics in Bejing and at the Rio Olympics? It led to industrial shutdowns, motorist restrictions, and resolve to be better than the world’s dumping grounds. Chinese citizens look for homes overseas, where they can once again enjoy simple pastimes like fishing.

More global engagement may have moved the United States to better inform the international community of the lessons from our industrialization.  That might have made our manufacturers more competitive while helping other countries avoid degradation. As in our federalist government – without uniform law, States seek competitive advantage through policies that may enhance short-term competitiveness but ultimately do not pay off. Much of that history is (dirty) water under the bridge; but its lessons are with us.

Today, China is determined to reverse its stigma. The Institute for Energy Economics and Financial Analysis reports that China invested more than $100 billion in renewable energy in 2015 – more than 2.5 times U.S. investment.  Last year China increased its foreign investment in renewables by 60% to $32 billion.  Economists and businesses now understand the lasting value of efficiency in production. Waste is an economic loser; especially when dealing with finite resources. In sustainable systems, there is no “away” to throw things in, there is only our commons. China can produce much cheaper energy from wind and sun than from mining, moving, and burning coal, transmitting its produced electricity and then cleaning up the impacts on the land, air and water. The true cost of energy production goes straight to society’s bottom line. As China invests in more efficient energy production they raise a new international bar for economic competitiveness.

Climate change is no Chinese myth. China’s economic resolve provides the means to address it – through economic efficiency. Globalism calls us to seize the opportunity in the commons. America ignores that call only at our own peril.