More
Home Baseload The New Normal? Renewables, Efficiency, And “Too Much Electricity” 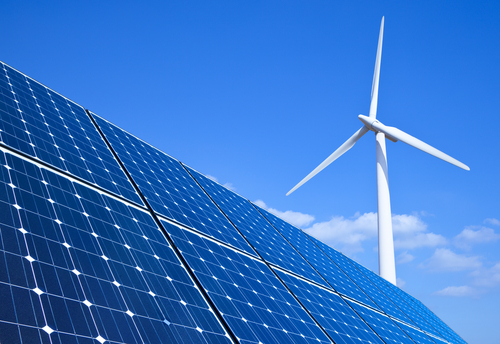 Just over a decade ago, the state of California faced serious concerns about whether its utilities could generate and/or buy enough power to assure that the world’s seventh-largest economy could keep the lights on. The infamous California energy crisis, which affected several other western states as well, was a complex tangle of poorly structured deregulation, significant market manipulation (remember Enron?), and other causes. Along with rolling blackouts, California endured an official state of emergency that lasted 34 months, led to the recall and replacement of Gov. Gray Davis, and cost the state and its ratepayers billions of dollars — a cautionary tale for all states of electricity supply unable to meet demand.

Fast-forward to the early spring of 2014. The California Independent System Operator (CAISO), due in part to an unexpected abundance of solar generation in what was supposed to be the rainy season, had to institute curtailments of wind and solar power coming into the grid on four separate occasions. In one instance, more than a gigawatt of combined wind and solar power was curtailed, a condition that the grid operator calls over-generation or “overgen.”

“In the past, who would have even thought of the concept of overgen?” says Tom Doughty, CAISO’s director of regulatory strategy. “But it’s a harbinger of what’s to come.” Without changes in planning and technology, Doughty says, CAISO’s current projections note that a 40 percent share of the state’s power from renewables in 2024 (on the way to Gov. Jerry Brown’s stated goal of 50 percent by 2030) would necessitate more than 800 curtailments a year. “We have clean energy sources producing a lot of megawatts,” adds Doughty. “We need somewhere to put it.”

Welcome to what could be the new normal ­— and the cusp of a new energy future. “Too much electricity” from renewables is obviously not a widespread phenomenon (yet), but it has happened with wind power in the Pacific Northwest and Texas, causing big headaches for power marketers and grid operators. A regional reality check, however: seven U.S. states (all south of the Mason-Dixon Line) had no statistically significant generation from clean sources (excluding hydro) in 2014, and eight more had less than 1 percent.

But let’s look a little more closely at two states, California and New York, where the energy future is taking shape — two states that are home to some 58 million people, or about 18 percent of the U.S. population. In our 2012 book Clean Tech Nation, Ron Pernick and I asserted that the developed world does not need new nuclear or coal-fired generation — that all future load can be handled by a combination of renewables, deep efficiency, and some natural gas. Now, in a growing number of cases, it may even be possible to add new natural gas plants to the not-needed list. In California, utility regulators increasingly feel that the energy needs of their growing economy can be met by “preferred resources” — renewables, efficiency, demand response, and energy storage.

Take the state’s effort to replace power (1,500 MW by 2022) from the shuttered San Onofre nuclear plant near San Diego. A year ago, plant owner San Diego Gas & Electric sought approval for a new 600 MW natural gas plant to serve a big chunk of the projected load. But in March of this year, the California Public Utilities Commission denied approval, noting that SDG&E failed to adequately consider its preferred resources.

“It’s a brave new world,” says CAISO Board of Governors member Angelina Galiteva. “We’re seeing deep penetration of renewables, and political decisions to phase out nuclear plants. When the decision was made to close San Onofre, we actually phased it out quite painlessly.” And this is in a state economy that’s grown more than 4% annually over the past three years.

Solar power plays on both sides of the supply/demand equation. While utility-scale solar in California grew 62% in 2014 to 9.9 GWh, or 5% of total generation, the state’s booming behind-the-meter distributed solar PV essentially acts as an efficiency play to the grid operator, removing grid demand from the homes and commercial buildings drawing power from their rooftops. And that’s a challenge to ISOs. “We see load growth reduction – is it efficiency or distributed solar?” says Galiteva. “We don’t have that transparency.”

Galiteva was a speaker at last month’s Bloomberg New Energy Finance (BNEF) “The Future of Energy” Summit in New York, where the state is undertaking one of the nation’s most ambitious regulatory overhauls. New York’s Reforming the Energy Vision (REV) plan aims to transform the state’s electricity use by mandating utilities to focus on demand response, smart grid, distributed generation, and storage.

“We needed better markets and price signals for distributed assets and renewable energy,” says Audrey Zibelman, chair of the New York Public Service Commission and a key architect of REV. “Our message to utilities is, ‘Your job is no longer just delivering to the meter.’ We want to make utilities the drivers of change, instead of the deer in the headlights.” In the biggest pilot case to date, ConEdison has embarked on a $250 million effort to develop 52 MW of demand-side resources to replace the need for a new substation and transmission lines in Brooklyn with a $1 billion price tag. On the supply side, New York has one of the nation’s most aggressive RPS goals of 29% renewables by the end of this year (required to be procured by NYSERDA, rather than generated by in-state utilities like most states’ programs).

It will take a while for other regions to embrace this future, but states like California and New York are showing the way toward a transformation of grid operations and age-old power supply and demand assumptions. The importance of cost-effective, large-scale energy storage (both utility-scale and distributed) in this new world can’t be overstated, and Tesla is now all in with its ballyhooed battery announcement last week.

In his closing remarks at the Summit in New York, BNEF chairman Michael Liebreich asserted that clean energy generation has entered “the age of plenty” and “the age of competition.” “For wind and solar, it’s no longer about ‘being competitive’ — we know they are — but about competing for the customers.” This new world brings unprecedented new dynamics and new challenges, but it’s where the industry has always wanted to be.