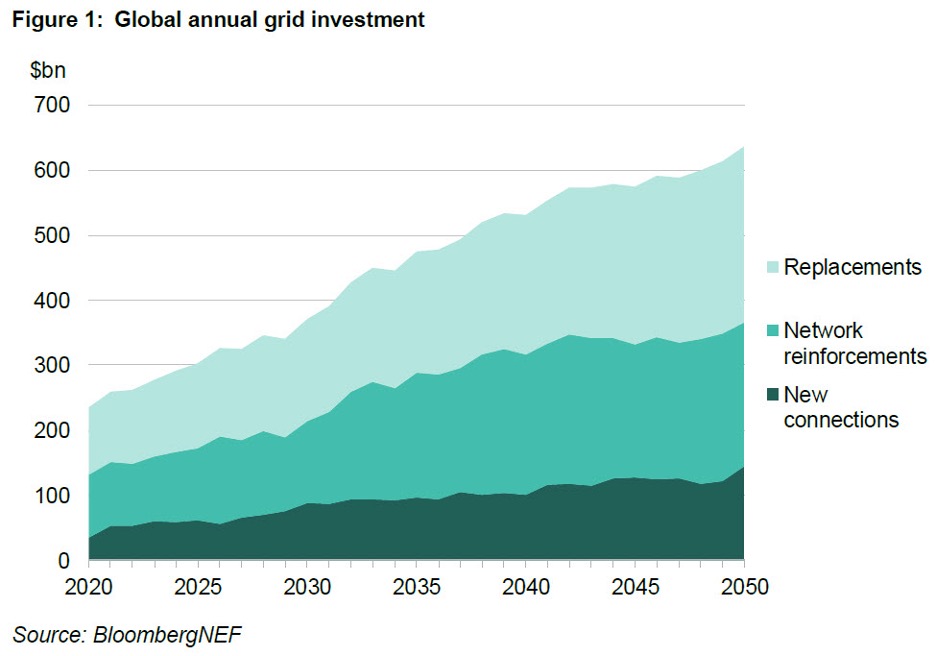 At least $14 trillion needs to be invested in the grid worldwide by 2050 to support an evolved power system, according to BloombergNEF’s new Power Grid Long-Term Outlook 2021 published this week.

The transition to electric heating and transport will drive up electricity demand, while the tremendous growth of wind and solar add additional strain on the grid. Without adequate investment, the grid could become a bottleneck, slowing progress, said BNEF.

Key findings from the report include: