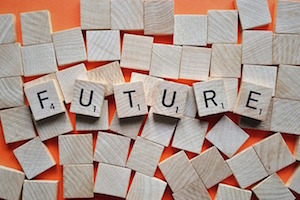 Companies with product offerings that will drive the future of energy services were among the 30 start-ups and scale-ups featured on the World Economic Forum’s (WEF) 2017 Technology Pioneers list released this week.

“We’ve reached a new phase in the Fourth Industrial Revolution,” Fulvia Montresor, Head of Technology Pioneers at the World Economic Forum, said in a June 14 statement. “Pioneers are increasingly combining innovations like sensor technology, artificial intelligence and big data analysis to find real world applications in sectors that previously didn’t use them.”

Among the companies are providers of wind farm data analytics, solar for developing countries, electricity-generating windows, and blockchain for energy markets.

Chicago-based Uptake made the list for its predictive analytics software-as-a-service platform that improves productivity, reliability and safety through sensor data. The company believes that it can help wind farm operators intelligently harness underutilized data to make projects more profitable.

Recognized for its work in East Africa, Mobisol engineers, develops and distributes solar power systems, direct current appliances and renewable energy services. The company’s electrification solution is made affordable to low-income households in rural communities in developing nations, and the large solar home systems deliver 100 percent of the electricity needs of customers, providing a credible alternative to a grid connection, according to the WEF website.

With its goal of putting power-generating windows into the world’s buildings, Physee made the list with its transparent and colorless windows that convert light into electricity. The company also produces a data-generating window that enables a building owner to better cool, heat and light the building in a proactive way to reduce the energy bill, according to the WEF website.

London-based Electron is on the list for its distributed ledger technology, which is helping “transform the infrastructure that services the energy markets and address key challenges such as decentralized energy generation and storage capacity, intermittent and Inflexible renewable energy sources, and the integration of new smart grid technologies,” according to the WEF website.