More
Home Baseload The Detroit Power Outage: A Lesson for Cities about Microgrids 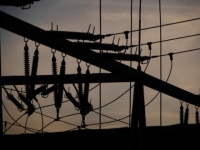 The Detroit Power Outage brought eight hours of hardship to Detroit on Dec. 2 — hardship that could have been averted with microgrids.

Firefighters were forced to rescue people trapped in stalled elevators. Schools shut down at lunch time. The Detroit Free Press had harsh words for city leadership.

How would microgrids help? First let’s look at why Detroit’s power system failed so badly. The power outage was triggered by a cable failure that took down an already weak system. Unfortunately, blackouts are not a new problem in Detroit.

It’s important to note that Detroit isn’t the only U.S. city with a vulnerable power grid. December also brought news-making power outages to San Francisco and Washington, D.C. A storm-related blackout in San Francisco on Dec. 11 left 100,000 homes and businesses without electricity. And on Dec. 15, a blown transformer and construction accident led to power outages in key government buildings in the nation’s capital, including the State Department and the Federal Reserve. The lights even flickered in the White House.

The American Society of Civil Engineers has given the nation’s power infrastructure an overall grade of D+, saying many improvements are needed.  The money isn’t always available, however, for massive upgrades.

How Microgrids Can Help

The frequency with which the grid goes dark is increasing in many places. When power goes out, everything grinds to a halt – unless local microgrids or generators are there to support critical facilities like transportation systems, hospitals, emergency services, and government buildings.

Why Financing Is Crucial

So why aren’t there more microgrids?

The microgrid industry has been developing gradually in North America and internationally. It is largely driven by military installations, climate resilience policies, off-grid communities, and the fuel costs of islands. Since Superstorm Sandy, interest in resilience has translated into heightened awareness of the need for microgrids.

However, many city leaders still do not yet fully understand the technology and its benefits and costs. Education is key.

Energy storage and microgrids are not as expensive as is commonly held; costs are falling. Lithium-ion batteries, which are ideal for microgrids, have dramatically dropped in cost as they have been commercialized. These costs will continue to come down with market expansion.  Energy storage is already cost-effective in certain places.

It is taking time for financing to catch up with the opportunities that exist. There is some financing available for full off-grid systems and some for behind-the-meter systems. But microgrids are still considered high risk by investors. It is likely financing options will improve to catch up with the market during the next few years.

Meanwhile, states like Connecticut, New Jersey, New York and others are ramping up government incentives and policies to help the industry launch. At Princeton Power Systems, we are advocating for more coordination with stakeholders to create new codes and standards so states can coalesce around a more common approach.

We also are encouraging policymakers and regulators to require solar to be microgrid-ready. The deployment of solar is going to continue to expand during the coming decade. The idea of energy storage and microgrids will become more closely linked to solar than it has been in the past. To prepare for this and keep costs in check, we would like to see state policy and military policy specify that solar systems built now be compatible with microgrids. This would allow them to act as islanded systems and pair with energy storage.

If we’re going to put money into resiliency and reliability, we should focus on microgrids and distributed generation. It will make economic sense in more and more places as the years go by, especially in cities with aging electric infrastructure. By installing microgrids these cities can avoid becoming a cautionary tale like Detroit.