New Hampshire, USA — Just one year after Greenpeace called out Apple for its use of fossil fuels in its “How Green Is Your Cloud” report – which graded Apple no higher than a “D” in four categories consisting of energy transparency, infrastructure siting, energy efficiency, and renewables and advocacy – Apple announced that its data centers are now powered by 100 percent renewable energy. In fact, renewables contribute to 75 percent of its entire corporate operations energy needs, according to its website. 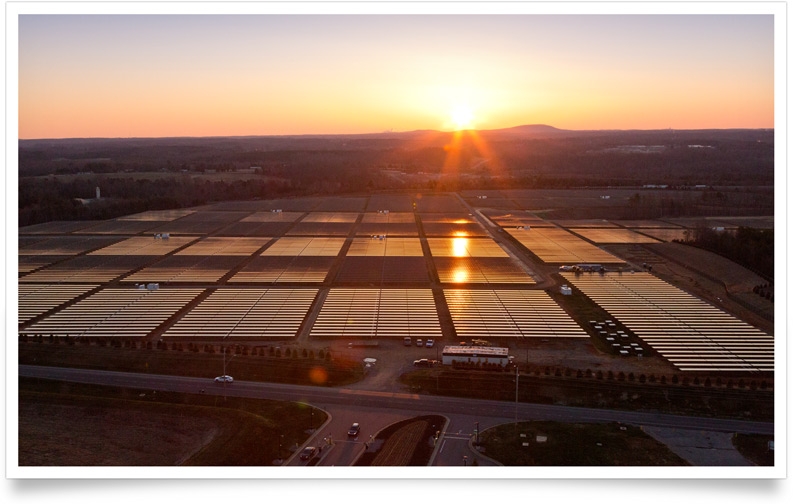 The 2012 report cites Apple’s planned expansion into “iDataCenters” to support its booming iCloud services, which at the time were thought to be powered mostly by fossil fuels. Apple was given poor rankings due to its apparent lack of initiative in clean energy and efficiency. Due to this lack of commitment,  “Apple [was] finding itself behind other companies such as Facebook and Google who are angling to control a bigger piece of the cloud. Instead of playing catch up, Apple has the ingenuity, on-hand cash and innovative spirit to Think Different and make substantial improvements in the type of energy that powers its cloud,” according to Greenpeace.

Shortly after the report was released — and Greenpeace hosted several colorful protests — Apple announced it would power its three new data centers in North Carolina, Oregon and California would be fully powered by renewable energy. Its Maiden, NC facility includes two 20-MW solar PV installations, with its remaining power to derived from a 10-MW biogas plant, fuel cells and renewable power purchased from local and regional sources — which are all set to be up and running by the end of 2013. It is locally sourcing wind power for its Newark, Calif. center and will do the same with a mix of renewable sources at its Prineville, Ore. center. Its next data center in Reno, Nevada will be powered by onsite geothermal and solar sources.

Apple is standing by its commitment to be powered entirely by renewables company-wide. According to its Environmental Footprint Report, “The implementation of our energy strategy results in an energy supply mix unique to each location. In all cases, though, Apple’s goal is to meet our energy needs with 100 percent clean, renewable energy that reduces GHG emissions and other environmental impacts.”

Greenpeace acknowledged Apple’s swift turnaround in a statement: “Apple’s announcement shows that it has made real progress in its commitment to lead the way to a clean energy future. Apple’s increased level of disclosure about its energy sources helps customers know that their iCloud will be powered by clean energy sources, not coal.”