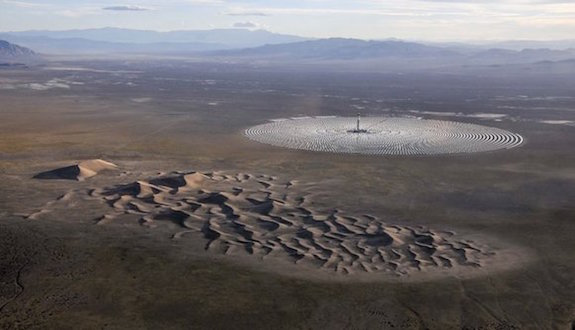 A big ramp up in concentrated solar power (CSP) is key to meeting California’s ambitious 50 percent by 2030 renewable goal cost-effectively, according to a study commissioned by California utilities looking for how to incorporate such an unprecedented amount of renewable energy.

The E3 study – Investigating a Higher Renewable Portfolio Standard in California – found that a “diverse option” would have a lower cost than a less diverse “high solar PV” scenario. The diverse option would include 11 GW of CSP with storage for dispatchable solar. 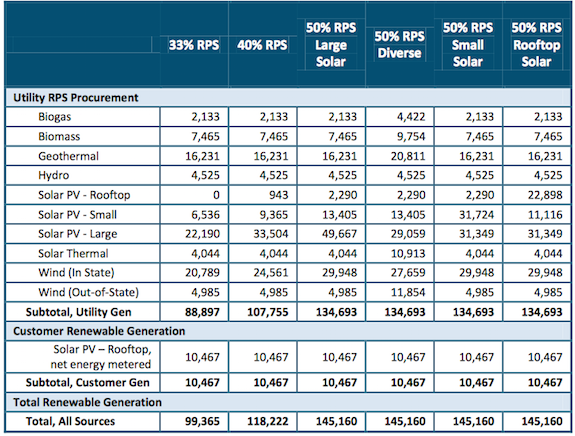 The finding that relatively less PV would result in lower prices overall is counterintuitive, given PV’s low (and fast-dropping) price.

However, at a 50 percent renewable level, the study found that if PV dominates the renewable mix, over-generation during daylight hours is a significant risk that could lead to curtailments, which could in turn affect the bankability of solar projects, ultimately driving up prices.

But adding CSP is difficult, because the value of its dispatchability with storage is not factored into its higher price, and so, with only a handful of projects underway, CSP has barely begun the steep cost cuts of PV.

It might be hard to incentivize utilities to favor a CSP-plus-storage project over a cheaper PV project. Is there a way to get the 11 GW of CSP into California’s 2030 energy mix?

“Currently there is not necessarily a mechanism to make that happen,” Amber Mahone, director of climate policy analysis at E3, said.

Mahone said that the current time-of-day payment schedule for generators is outdated, still incentivizing afternoon generation, which is increasingly redundant given the state’s potential to eliminate its afternoon peak with PV.

At 7.4 percent of the state’s electricity as of the end of 2014, solar PV is expected to generate much more by 2030. The rapid rise in less easily seen and planned-for rooftop solar is the wild card.

“Time-of-day adjustment factors will need to be updated going forward,” she said. “They need to take into account that the time that we actually want more renewable generation is shifting away from the middle of the day, as solar PV penetration has really increased.” 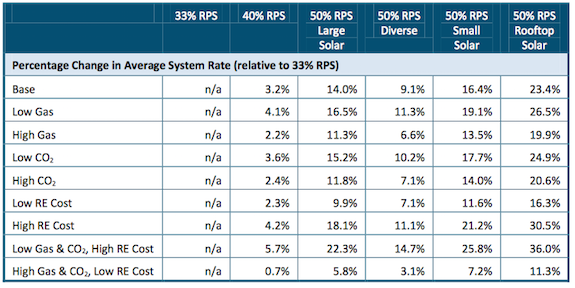 Policy makers in other sunny regions that have the high distributable net income of California increasingly weight the value of CSP with storage in their renewable procurement regimes. Morocco, Chile, Saudi Arabia and South Africa all offer some incentive for this dispatchable solar generation.

Over the last few years, this reality has been reflected in bidding processes that favor storage by offering higher tariffs for peak hour evening – and sometimes early morning – generation.

Higher tariffs are offered by Morocco (15 percent higher after sunset) to power the evening peak demand.

As a result, the first five CSP projects awarded in South Africa have all included storage, and that has increased in capacity and technological maturity from just two hours a day – of direct steam storage – in 2011 to 12 hours a day – using state-of-the-art molten salt storage – by 2015.

Once the first five awarded projects are complete, South Africa will have enough storage from its first 400 MW of CSP to generate 2,500 MWh/day, which can be dispatched when needed.

California has four utility-scale CSP projects, but with no mandate or incentive, none have storage.

The diverse option would also include a ramp-up of wind power, and bring in generation from renewables not just within the state but also from nearby states, such as Wyoming.

With much easier permitting in the wide open spaces of Nevada, Utah and Arizona, projects like SolarReserve’s already-permitted Quartzite CSP tower with storage in Arizona would be able to help California meet its CSP goal.

E3 sees integration as the key to a high renewable penetration, with a need for up to 25 GW of storage or other load-shifting mechanisms. The state has 3 GW of pumped hydro, but there are other ways to integrate renewables.

“The most valuable integration solutions are those that can reduce solar-driven over-generation during daylight hours when the system experiences low load conditions,” the study said. “Downward flexibility solutions, including increased exports, flexible loads, and diurnal energy storage help to mitigate this over-generation.”

Examples would include load-shifting innovations, such as Shifted Energy’s controllers and software to store surplus energy in distributed water heaters. Based in already solar-saturated Hawaii, E3 said it can load-shift 1 MW with every hundred grid-connected water heaters.

Other incentives that value load-shifting solar generation with higher night time rates would incentivize more homeowners to include battery storage in order to generate into the evening. The state also has more electric vehicles, essentially distributed rolling storage, than any other state.

That is where CSP has value, because with thermal storage, CSP could generate solar power at whatever time the grid needs energy.