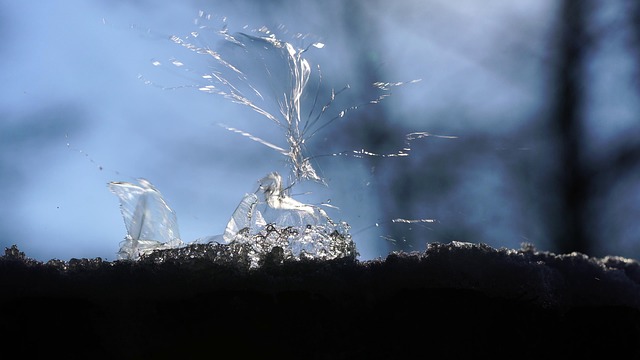 For Elon Musk and Tesla Inc., the blows from Wall Street came one after another this week — a relentless barrage that left the stock so beat up that some now wonder if it can ever regain its status as the ultimate 21st century disrupter.

Morgan Stanley threw the biggest blow, declaring that in a worst-case scenario, Tesla’s shares could sink to a shocking $10. A Wedbush analyst said the carmaker is facing a “code red situation”and cast doubt on whether Tesla can sell enough of its electric cars to make a profit. And Citigroup and Robert W. Baird & Co. analysts, among others, slashed their target prices, citing concerns about cash flow and consumer demand.

The stock has fallen 7% this week, leaving it down a staggering 41% on the year. Some $22 billion in shareholder value has been wiped out, sinking the company’s market cap back below that of General Motors and Ford. Even Tesla’s benchmark bonds now trade at just 81 cents on the dollar, pushing their yield north of 9%.

This investor panic could fade, of course, and go down as just more evidence of Tesla’s famous volatility. Indeed, the stock has rebounded the past two days, approaching the $200 mark again, after an upbeat email that Musk sent to employees countered days of escalating doubt that the company will hit its vehicle delivery targets. But even with that, the stock is still the single biggest decliner in the Nasdaq 100 Stock Index since the start of the year.

What makes the collapse so stunning is that it comes just five months after even many of Musk’s critics on Wall Street were beginning to believe he was poised to put the company on a path toward sustainable profitability. Its stock soared at year-end as sales, production and profits strengthened. Tesla, it seemed, was almost out of the woods, Musk’s caustic tweets a thing of the past.

But that optimism has now reversed so dramatically that one bearish analyst says that Tesla is in danger of ending up a niche player at best. The concerns about the company — everything from growing competition to the consumers’ swing back to big sport utilities — aren’t necessarily new but have been stoked by a series of more urgent warnings.

Musk himself added to the gloom and doom last week when he told staff in a memo that even after a recent $2.7 billion fund raising in markets, the company risked running out of cash in 10 months without “hardcore” cost cuts. Then came renewed attention on a fatality in a Tesla operating on Autopilot — part of the company’s crucial push into autonomous driving.

“Tesla’s stock for a while was wildly inflated as many investors thought that the company could not only become a very profitable large automaker, but will also dominate other fields like solar energy, energy storage and autonomous mobility,” Barclays analyst Brian Johnson said. But now the auto part “seems to be headed more towards a niche automaker.’’ Those other businesses? “Nowhere to be seen,” he said.

The cracks in the Tesla story started showing up early in the year: A decision to cut prices, Musk’s warning about a “difficult” road ahead and fourth-quarter profit that missed estimates all fueled concern that demand was waning for its cars. But the fears finally burst open after the company reported a massive loss for the first three months of the year, along with a sharp drop in sales.

Wedbush analyst Daniel Ives called the quarter “one of top debacles” ever seen in his 20 years of experience. Citron Research founder and prominent short seller Andrew Left — who said last year Tesla was smoking the rest of the automotive industry — abandoned his long bet on the stock.

Morgan Stanley analyst Adam Jonas, who just a year ago had set a price target as high as $379 on Tesla, said the share price may now be headed for as low as $10.

“Demand is at the heart of the problem,” Jonas wrote in a note, becoming more blunt in a call the next day. Once a growth story, Tesla is now more of a “distressed credit and restructuring story,’’ he said. The company is burning through cash and demand is lacking, he said. One risk is in China, where Tesla has a big focus at a time of increasing trade tensions and more local competition.

Tesla stands by its forecast of delivering 360,000 to 400,000 cars in 2019. A leaked email from Musk to Tesla employees suggested the company has a chance to hit its targets for the second quarter, and may even exceed the record 90,700 deliveries achieved in the last three months of 2018. Many analysts are skeptical. Evercore ISI estimates Tesla will deliver 343,000 cars in 2019, for example.

Tesla also failed to excite market enthusiasm with its sudden decision last month to pivot towards becoming a robo-taxi company, running a fleet of self-driven cars. Musk has said Tesla’s autonomous technology has the potential to make it a half-trillion-dollar company one day.

But Barclays’ Johnson ascribes no value to the robo-taxi business. Morgan Stanley’s Jonas assumes a $45 a share valuation for it, a far cry from August 2015 when he said it could be worth as much as $244.

While historically Tesla has behaved like an emerging growth stock, where management could invent its own milestones, that has changed in the last six months, said Roth Capital Partners analyst Craig Irwin. Investors now “care more about units, average pricing, gross margins and the expectations of profits.”

While the bulls and bears on Tesla have a history of being extremely polarized — price targets on the stock currently range from $54 to $530, according to Bloomberg data — many agree that the company’s electric car technology overall is still far ahead of the competition. Yet, that may not prove to be enough to support the lofty valuations of the past.

“Electric vehicles are certainly the future of transportation, but I don’t think Tesla will be the one that profits from it,” Bradford Meikle, a senior analyst for Williams Trading who this week cut his Tesla price target to just $70, said on Bloomberg Television. “The value of the brand is going down every day.”