More
Home Baseload The Big Question: What Do the Proposed EPA Regulations Mean for the...

In June, the U.S. Environmental Protection Agency (EPA) proposed a rule to restrict the amount of carbon dioxide released from power plants. The rule calls for reducing carbon 30 percent by 2030 over 2005 levels. Many have praised the aggressive proposal, while others are less favorable.

Regardless, this goal will have an effect on the energy landscape, which is why we asked industry leaders to lend their insight for this issue’s big question:

How will the proposed EPA regulations affect the future of the power industry? 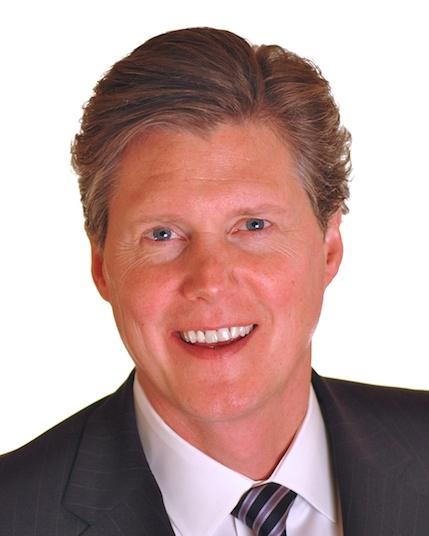 For many states struggling to reduce their carbon emissions, solar can be a real game changer.

When it comes to greenhouse gas emissions, the 20 gigawatts (GW) of solar expected to be installed in the United States by the end of this year will generates enough pollution-free electricity to displace 20 billion pounds of coal or 2 billion gallons of gasoline.  Put another way, it’s the equivalent of taking 4 million passenger cars off U.S. highways
each year.

Earlier this year, SEIA released a comprehensive report, “Cutting Carbon Emissions Under §111(d): The case for expanding solar energy in America.”  This report offers a detailed, point-by-by point case as to why states should take advantage of clean solar energy as part of their efforts to comply with §111(d) of the Clean Air Act.

According to study after study, reducing greenhouse gas (GHG) emissions — especially from existing power plants — is a critically important step in combating pollution.  Once the new EPA emission standards are in place, each state will be required to create a compliance plan, which must be approved by federal regulators.  Failure to do so could result in a more restrictive EPA-mandated plan.

Today, solar is the fastest-growing source of renewable energy in the United States, employing 143,00 Americans and accounting for nearly 30 percent of all new electric generation capacity installed in 2013 — second only to natural gas.  All totaled, solar is now generating enough clean, reliable and affordable electricity to effectively power nearly 3.5 million homes.

“Solar energy is a solution technology that can provide a cost-effective, economically beneficial and integral part of a state’s effort to regulate carbon emissions from the electric sector,” SEIA’s report states. “Solar energy’s rapidly falling prices and rapidly growing generating capacity, as well as the volatility of fossil fuel prices, give solar energy the potential to transform compliance with both new carbon emission requirements and other existing requirements under the Clean Air Act.” 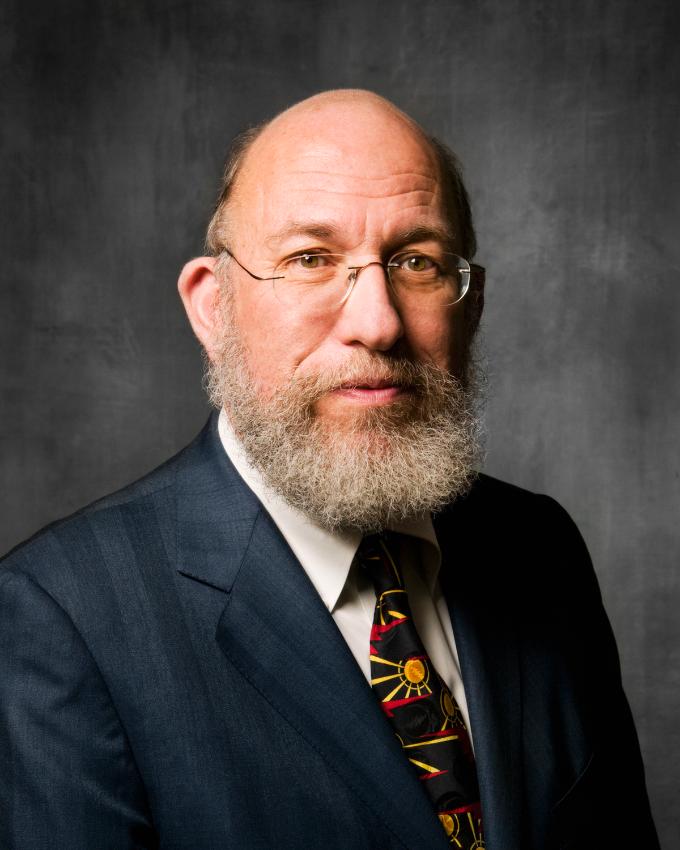 The electricity system in the U.S. is undergoing dramatic change due to a convergence of advances in technology, evolution of financing, greater moves towards competitive markets and regulatory transparency, and public and policy concerns about land use, water availability and water pollution and emissions of regulated emissions (under the Clean Air Act), greenhouse gas emissions, and unregulated emissions.

To put this in perspective, in 2012 renewables put more new electric power on the U.S. grid than any other resource.  California had spikes in renewable electric generation surpassing 20 percent in 2014, while Germany passed 70 percent in May 2014.

The 15-year drought impacting the western United States is driving energy policy. In my GWU classes, my students learn that energy uses more water than irrigation, and together comprise 89 percent of clean water resources. Clean water is diminishing and the climate is changing — the water intensity dilemma of the 1950’s will no longer prevail.

Last year, mercury was added as a regulated emission under the Clean Air Act along with NOx (precursor to smog), SO (causative of acid rain), and particulates that cause lung disease (COPD) and enhances heart disease. This act started the nose-dive for older coal plants and helped reduce the price of natural gas and renewable energy, primarily wind.

Over the next 20 years, the U.S. grid will be smarter and incorporate more distributed generation including power from natural gas, landfill gas and biogas, geothermal, concentrated solar power, enhanced hydropower and marine energy — all 24-hour baseload power sources — along with solar PV and wind

energy.  At the same time, thermal energy generation including combined heat and power (CHP), solar thermal, geothermal, and biothermal will also be incorporated either to reduce electricity for heating water and buildings, drive absorption air-conditioning, or for industrial processes.

On the guise of greenhouse gas emission reductions under the EPA rule, the U.S. will have a more resilient electric grid, more consumer choice, less water use and water pollution, and less overall air pollution. Even without the rule, the market and regulatory regimes are following overwhelming public support for more energy choices and greater use of domestic renewable resources. The EPA rule just puts icing on the cake.

Scott Sklar runs The Stella Group, Ltd, a clean tech optimization firm. He previously ran the solar and biomass industry associations for 15 years. Sklar serves as Steering Committee Chair of the Sustainable Energy Coalition and sits on the BCSE and TSF national Boards. 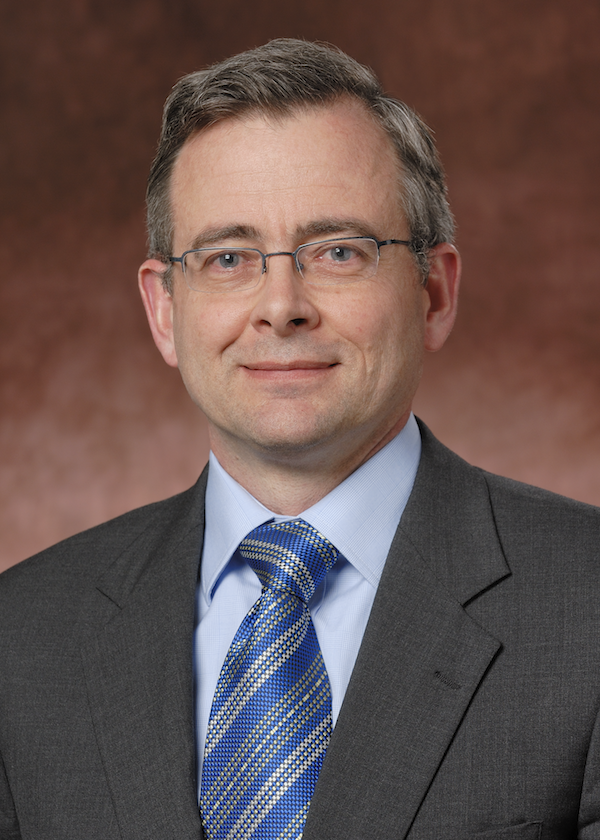 Most people agree that it is time to seriously reduce global emissions of greenhouse gases (GHG).  EPA is actually required by law to reduce power and industrial GHG emissions in the U.S., and they certainly deserve an “E” for effort so far.  But effort without good outcomes doesn’t really count.  Sadly, the EPA’s rule as proposed would create unintended consequences that will prevent essential long-term carbon reductions in the U.S. power sector.

Here’s why: the rule’s main approach to reducing emissions is — not renewables, not energy efficiency, not even carbon capture or nuclear, but — switching practically overnight from coal to natural gas-fired electricity.  This is like a binge diet to lose weight in two weeks (a really bad idea) by switching from donuts to bagels (an even worse one).

We all know binge diets avoid the balanced nutrition and long term program needed for healthy, sustained weight loss.  In the same manner, the EPA’s sudden shut down of coal plants will put reliability and affordable power at risk, leaving massive amounts of new gas-fired power as the only answer to keep the lights on and electric bills tolerable.

And just like bagels are a really high carb replacement for donuts, natural gas is a high carbon replacement for coal. And what about renewables, the “vegetable” of a balanced diet?  Once our power markets are saturated with new natural gas plants, there will be no room left for new, zero carbon power, no matter how cheap it becomes. When you’re full of bagels, who has room for vegetables?

NRG sees renewables, carbon capture, and innovative distributed energy technologies as the foundation of a clean energy economy that can thrive without risking catastrophic climate change. We’ve already begun our own carbon reduction regime by building one of the largest renewable energy fleets in the country.  And we believe that the U.S. will benefit from rapid clean energy growth, helping stave off the worst of climate change, while demonstrating the commercial success of clean technologies.

We are concerned that the EPA’s rule, as proposed, is poised to create a new “dash to gas,” locking in decades of yet another carbon-dense fossil fuel, while locking out the increasingly economical clean energy sources the world needs.

The good news is that simple revisions to EPA’s rule can easily be addressed to result in greater overall emissions reductions at a lower cost.

Steve Corneli is NRG Energy’s senior VP for policy and strategy. He coordinates and develops corporate positions on key public policies and integrates the company’s policy and strategic initiatives with a focus on clean technologies and sustainable enterprises. Steve previously served as senior VP of market and climate policy and VP of regulatory and government affairs.