More
Home Blogs The Advantages of Plugging In

What is coming: Battery Electric Vehicles (BEVs) that get their fuel from a regular electric wall socket, run largely or entirely on electricity generated from the domestic energy sources that power the grid and, because of the efficiency of the electric drive train, reduce pollution and GhGs even if they are charged from today’s fossil fuel-dominated grid. Moreover, BEVs offer the hope of emissions-free personal transport, when society finally makes its transition to a New Energy economy and a grid powered by nature instead of by burning nature.

As Environment America’s Plug-In Cars; Powering America Toward a Cleaner Future makes clear, BEV technology is ready and will get better. A wide assortment of carmakers will, starting this year, compete over the next 5-to-10 years for a prominent position in the BEV marketplace. At the same time, the car-buying public will be re-educated. ::continue:: 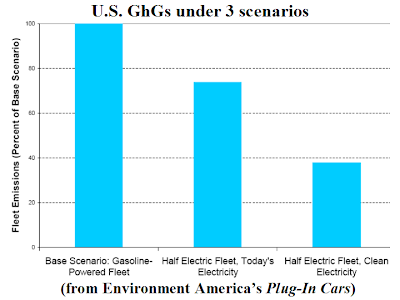 (1) The move to BEVs will have a major impact in the fight against the GhGs that are responsible for global climate change;

(2) The move to BEVs will improve air quality;

(3) The move to BEVs will reduce dependence on oil;

(4) The technology is already available for the move to BEVs and a variety of other advantages will be gained from the switch;

(5) BEVs will cost more than ICE vehicles in the short-term but be much less expensive to operate and, as battery technology and economies of scale advance, the cost will come down;

(6) The U.S. power grid is antiquated and vulnerable but nevertheless up to handling the increased demand for electricity that will come with the move to BEVs but, to take full advantage of the opportunities that will follow from moving the nation’s personal transportation fleet to electricity, the U.S. will need to build a new, high voltage, smart transmission system; and

(7) Initial resistance to change will prevent immediate widespread embrace of BEVs by the car-buying public that will require effective public policies to overcome if the U.S. and the world are to enjoy the many advantages of plugging in. 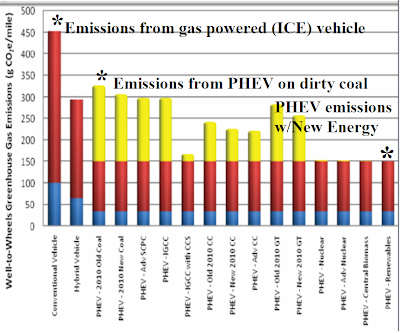