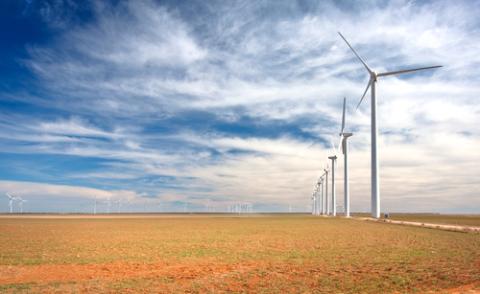 NEW YORK — Oncor Electric Delivery, owner of the largest power-line network in Texas, wants to spend more than $2 billion on batteries to solve the problem of fluctuating output from wind and solar.

The company is asking state legislators to change a law that prevents it from owning power plants before it invests in battery storage. It will then propose a spending plan to regulators “within months,” Chris Schein, a spokesman for Dallas-based Oncor, said in a phone interview today.

Oncor has talked to Tesla Motors Inc. about using its batteries for the grid. Use of batteries to supply electricity to the grid on demand would help with intermittent wind and solar power, which only generate when the sun shines or winds blow. Texas generates the most wind power of any state.

“Texas is facing increasing demands on the power grid and we think this may be the best way to address it,” Schein said. “We need to propose a plan that provides many benefits to the grid.”

Deploying as much as 5,000 megawatts of battery storage would help reduce customer bills by cutting spending on new power plants and distribution infrastructure, according to a report today from Brattle Group Inc. Oncor, which is 80 percent owned by a subsidiary of Energy Future Holdings Corp., commissioned the study.

Energy storage for the grid is expected to surge to 20.8 gigawatts in 2024 from 538.4 megawatts this year, with revenue growing to $15.6 billion annually from $675 million, according to Navigant Research.

In the next seven or eight years, the price of batteries used for storage may fall by about half, to $230 a kilowatt-hour of generating capacity, said Sofia Savvantidou, an analyst at Citigroup Inc. in London.

Tesla has announced plans to build a “gigafactory” in Nevada that would produce batteries that can supply power to cars and store electricity for utilities. The company has said it plans to cut the per kilowatt-hour cost of its batteries by more than 30 percent.

Energy Future Holdings, which filed for bankruptcy with a $42 billion reorganization plan in April, is seeking a buyer for Oncor via auction. Oncor serves 10 million customers in Texas using 119,000 miles (191,000 kilometers) of power lines.