Sen. Troy Fraser (R-Horseshoe Bay) has filed a bill that would eliminate Texas’ Renewable Portfolio Standard (RPS) – a policy that has catapulted Texas to world leadership in wind energy and strengthened Texas’ energy diversity. In addition to terminating the RPS at the end of the year, SB 931would make it more difficult to build renewable energy infrastructure. The argument behind the bill is that because Texas has achieved its RPS goals it’s time to move on. Sounds reasonable, right? Well…

No one disputes that Texas has achieved its goal to develop 5,880 MW of renewable energy – and even surpassed its non-binding 2025 target of 10,000 MW. Today, Texas has more than 13,000 MW of renewables online and thousands more in development. I’m sure Fraser will publicly laud the policy. He even deserves to take a big chunk of the credit because of legislation he carried in 2005 (SB 20) that increased the RPS goals.

What’s Wrong With This Bill

When the RPS was adopted, it created a compliance mechanism called renewable energy credits (RECs). Rather than require all utilities to build a certain amount of renewables, the companies that did build could earn a REC, which they could sell to utilities (or other companies) that did not build renewables. The credit has value which investors, developers, and utilities factor in to project financing and return on investment (ROI). Even though the Texas RPS goal has been met, these RECs are still part of project economics, both complete and under construction, and eliminating the RPS would hurt current investors and risk weakening additional investment in Texas. In other words, if these RPS-based RECs were eliminated, their value would plummet, and revenue would be lost, which would be unfair to developers and their investors who have invested their money with the expectation the RPS would be carried out through 2025.

Moreover, although transmission lines designed to carry renewable energy from West Texas to the big cities to the east (San Antonio, Dallas, etc.), known as Competitive Renewable Energy Zone (CREZ) lines, have been built, there is an additional line that has not been completed that could be scuttled if this bill passes. This bill would also jeopardize renewable projects in the panhandle that depend on the new line being built. The economic fallout from abandoning CREZ would reach way beyond the isolated construction of one line.

What’s Really Wrong With This Bill: It Takes Big Tools Out of the Toolbox

SB 931 would make it more difficult and expensive for Texas to comply with the carbon pollution reduction goals of the Clean Power Plan. The Plan, as proposed by the U.S. Environmental Protection Agency (EPA), is very flexible. States have the authority to craft their own plans to meet their carbon pollution goals using the most cost-effective resources at their disposal. The RPS and CREZ lines are two incredibly big tools that will help Texas meet its future obligations in the most affordable way. If SB 931 passes, it will end up costing Texans more money to reduce pollution.

A hearing on SB 931 was held on Tuesday, March 17. The Lone Star Chapter of the Sierra Club is opposed to SB 931 and testified against it.

Don’t Throw Away A Good Thing

Now is not the time to eliminate our RPS or CREZ process. They should be strengthened. They have been more successful than even their most ardent supporters thought they would be! Though the deadline for filing bills was March 13, Texans would be better served by their legislators if bills were filed that expanded our renewable energy goals. 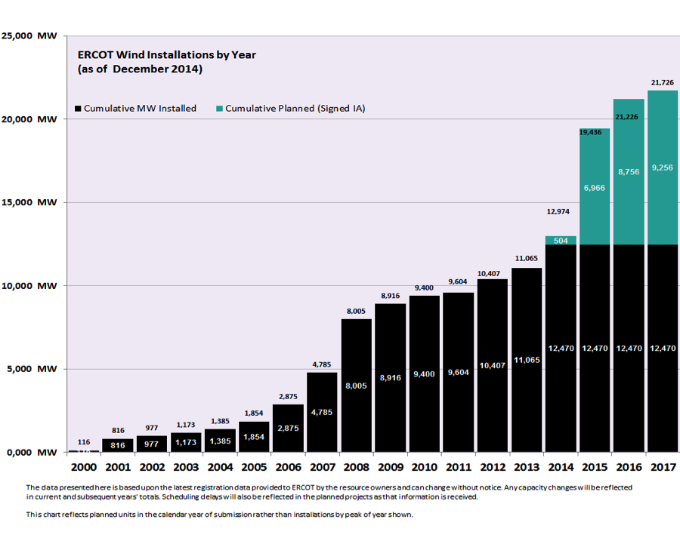 This article was originally published on the Sierra Club and was republished with permission.